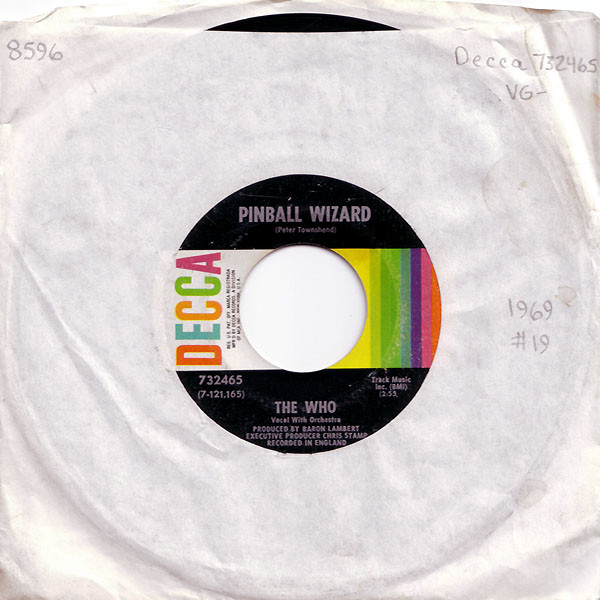 Arguably the highlight of Tommy, it’s the song that spawned a thousand pinball machines.

I’ve always heard “Pinball Wizard” as the climax of Tommy. It probably is, since I don’t think it’s supposed to be rocket science to find the climax. The song remains the most identifiable track from The Who’s greatest work; when the electric guitar comes crashing in on the left channel, I still get chills. I also get chills during the opening of Jethro Tull’s “Dun Ringill.” I think my internal thermostat is out of whack.

According to Pete Townshend, the acoustic guitar on this song was inspired by Henry Purcell’s Fantasia Upon One Note (or, as Townshend refers to it, Symphony Upon One Note, which sounds considerably more daunting for the listener). I’m never sure how much stock to place in Townshend’s later interviews, since it’s hard to imagine him listening to Henry Purcell, although it’s less offputting than him explaining that “Pinball Wizard” is a reference to some backdoor fantasy. The B side is an instrumental from mad Moon, “Dogs Part Two,” that features Keith Moon chasing after a pair of sticks with the usual abandon.