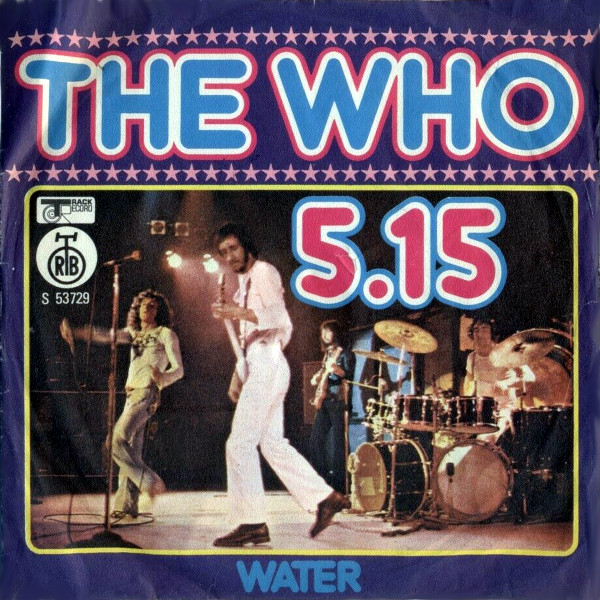 If you thought Tommy was an emotional train wreck, you hadn’t heard anything yet.

Kronomyth 8.o1: Inside, the trains don’t run on time.

The opening salvo from The Who’s new work, Quadrophenia, was the emotional powderkeg, “5:15.” Once again, Pete Townshend captures the impotent rage of youth perfectly, although it is becoming increasingly clear that Townshend isn’t simply a spokesman for the young generation; the demons of youth had never left him, and so both Tommy and Quadrophenia are semi-autobiographical works. Whatever it is that goads Townshend on, the result is some of the greatest rock and roll ever committed to vinyl. You simply won’t find a stronger five-minute argument for The Who’s brilliance.

The B side in a non-album song, “Water,” that would seem to stem from the Quadrophenia sessions because of its aquatic theme. It’s an interesting idea that begins with a brief instrumental guitar section, Roger Daltrey’s shouting out the first verse, and then everyone together. I’m not sure where it would have fit within the original Quadrophenia story line, maybe it never fit at all. While the song would seem an unlikely candidate for a live performance, The Who did just that on several occasions and proved it to be a remarkably powerful number on stage.