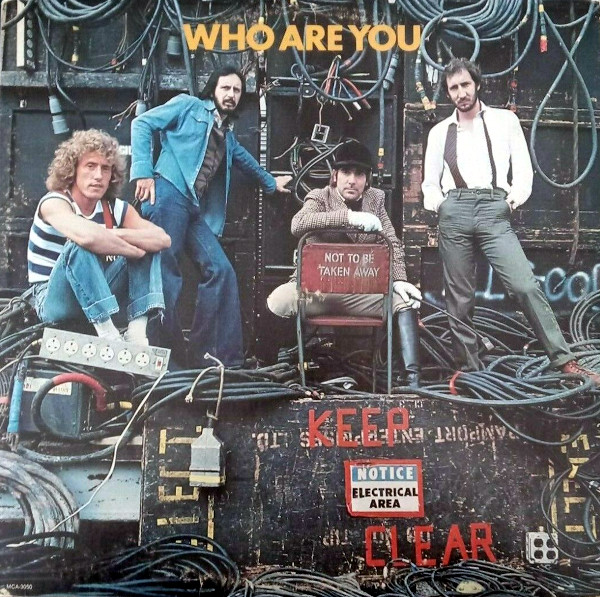 The Who’s response to punk rock, which coincidentally begins and ends with the same letter, F.

Punk. It was the nasty little four-letter word on everyone’s lips. You loved it or hated it, but you couldn’t ignore it. Since the release of The Who By Numbers, Pete Townshend had been largely out of the limelight, and whispers began to circulate that perhaps The Who and their kind were outdated, part of the older generation they had once warned us about. Townshend and The Who silenced their critics with the combative, reflective and in-all-ways-inspired Who Are You.

The album doesn’t pull any punches. In fact, it opens by beating its critics to the punch with “New Song,” which takes aim at The Who’s “new” place in the world. John Entwistle’s “Had Enough” rejects the world altogether. The next track? It’s an Entwistle tune too. “905” is a terrific track that looks at a world where people are manufactured, not born. Where the punks rejected authority, Entwistle rejects humanity. Townshend returns to dismiss disco (perhaps as a proxy for punk?) and acknowledge that music is always in a state of revolution/evolution with “Music Must Change.” If you didn’t know where The Who stood on the matter of their own status, side one makes it perfectly plain while providing some of the best music of their career.

Side two is only a little bit weaker. Entwistle’s “Trick of the Light” is ostensibly a song about a prostitute, but might as easily apply to fame’s fickle affections. Townshend seems to offer encouragement to the next generation of songwriters with some friendly advice on “Guitar And Pen,” only to delve into the downside of the creative process on “Love Is Coming Down.” In classic Who fashion, the album’s closer goes down swinging with the title track, “Who Are You.” Townshend takes his own battered ego and nails it to a cross, figuratively speaking. It’s here that The Who pick up their dusty crown, put it back on their head and dare the world to knock it off. Only the fools tried. The Clash, the smartest of the bunch, wisely took the knee.

Who Are You is not a perfect album. It is a perfect example of why The Who were so unique in the annals of rock & roll. Seven years after Who’s Next, the band was as relevant as ever. The Kinks would sort of repeat the feat with Low Budget, and Led Zeppelin’s In Through The Out Door was hardly irrelevant, but Who Are You is a lion’s roar of a record. Unfortunately, Keith Moon would be taken away prematurely, making this the last Who album to really matter. But that it mattered at all is a triumph that not even Death could diminish.