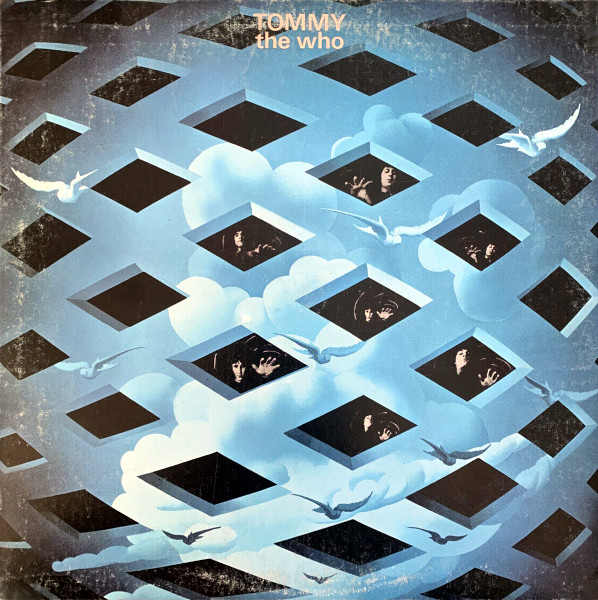 The first real rock opera and the gold standard for every great concept album that came after, from Lamb Lies Down to The Wall.

This is the grandaddy of rock operas, an opus whose stature eclipsed nearly everything that came before it and influenced nearly every concept album that came after. Without Tommy, there is no Lamb Lies Down On Broadway, Too Old To Rock ‘n’ Roll, The Wall, etc. While Pete Townshend had earlier tried his hand at a miniature musical story (“A Quick One, While He’s Away”), nothing in The Who’s catalog really prepared you for Tommy. Beginning with the brilliant “Overture,” The Who unfurl a dazzling tapestry of ideas that will be woven through the music over the next 75 minutes.

Where earlier concept albums used a printed or spoken narrative to move the story along (S.F. Sorrow, Days of Future Passed), the storytelling in Tommy happens in song. It’s not always clear what’s happening; “You Didn’t Hear It” never speaks of the murder of Captain Walker, the catalyst for all that follows. If there are some holes in the story (and there are), they’re filled by wonderful music. “Amazing Journey,” “Christmas,” “Pinball Wizard,” “Go To The Mirror,” “I’m Free” and “We’re Not Gonna Take It” stand as some of the best Who songs over an illustrious career.

What amazes me on Tommy is that The Who never let the heavy task of producing an opera get in the way of creating great rock music. Keith Moon delivers his best drumming to date (“Amazing Journey,” “Smash The Mirror”), John Entwistle continues to spin macabre tales (“Cousin Kevin,” “Fiddle About”), Pete Townshend brings his acoustic guitar kicking and thrashing into a hard rock setting (“It’s A Boy”) and Roger Daltrey makes the metamorphosis from singer to actor.

The Who had already displayed an ability to write hard-rock songs around complex character studies (“Pictures of Lily,” “Happy Jack,” “I’m A Boy”), and Tommy is peopled with the same sorts: Tommy, Cousin Kevin, Uncle Ernie, Sally Simpson, the Acid Queen. They’re broken, misunderstood unfortunates. Whether or not Tommy has a happy ending is open to conjecture. In a sense, the end of Tommy’s cult of personality is a relief, but it’s accompanied by an open, chilling rebellion in “We’re Not Gonna Take It.” There is something eternally unsettling in the several ways that the word “welcome” is presented at the end of the album, and the whispered “we’re not gonna take it” is terrifying in its implied power.

Tommy stands as one of the greatest achievements in rock history, and Townshend’s most effective attempt at musical storytelling (although Quadrophenia is pretty awesome in its own right). In the 1970s, Ken Russell directed the film version of Tommy featuring re-recorded versions of the songs from Elton John, Tina Turner, Eric Clapton and the band; a tribute to Tommy that set the stage for countless tribute albums to come.