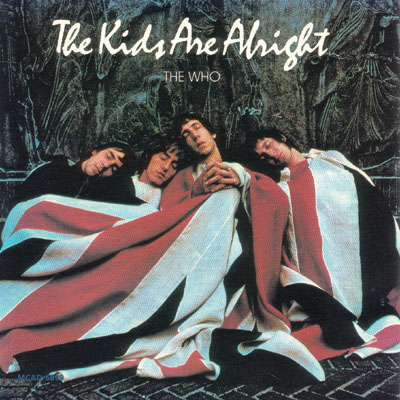 A ray of light in a moonless sky, featuring live performances of classics over the years.

This is the soundtrack to the film of the same name, a collection of live performances, interviews and archival footage that was begun in 1977 and released in 1979, almost one year after the death of Keith Moon. In no way was the film intended to be a Moon memorial, and the version that moviegoers saw in the summer of 1979 was the essentially the same version that Moon reviewed before his death. No allusion is made to Moon’s passing, no sentimental cards are played. It is simply a long and loving look at what many would consider the greatest rock & roll band of all time, viewed mostly through their highly charged stage performances, but also illuminated by moments of humor and candor.

The movie doesn’t bother much with chronological order, yet the soundtrack sticks pretty close to the film’s order. It opens with The Who’s shocking performance of My Generation on The Smothers Brothers Show, and ends with their recent performance of Won’t Get Fooled Again. In between are excellent live performances that range from grainy black-and-white footage to the band’s technicolor performance of A Quick One filmed for the Rolling Stones Rock & Roll Circus. Throughout the film, Pete Townshend and Moon emerge as the scene-stealers: Townshend for his frenzied stage persona, Moon for his madcap antics both onstage and offstage.

The Kids Are Alright was conceived as a visual/audio experience, so if you’re only listening to it on elpee or disc, you’re missing half the story. The soundtrack does function well as an archival live album, sort of a cross between Odds & Sods and Live at Leeds. The packaging was lovingly done with a large booklet, nice graphics and picture labels that looked like tape reels, making it one of the most impressive Who packages since Live at Leeds. Unfortunately, the initial compact disc reissues were a miserable affair, minus one track (the penultimate medley) and all of the packaging that made the original feel like a loving tribute rather than a cash grab.