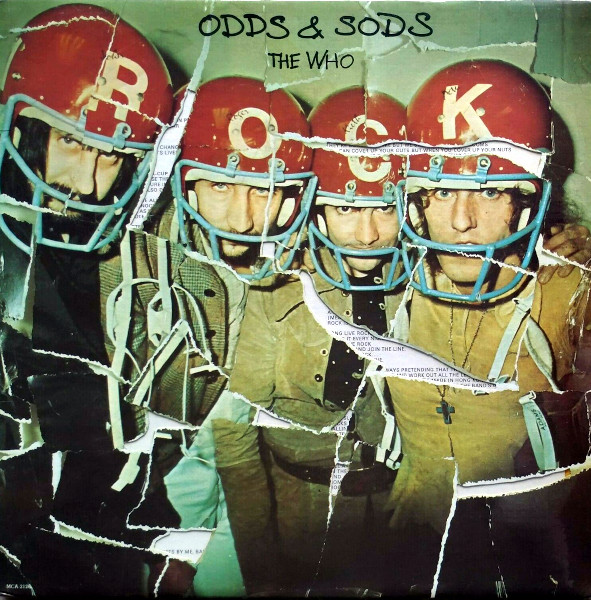 An uneven collection of unreleased songs, including material from the aborted Lifehouse and Long Live Rock concept albums.

Kronomyth 9.0: The bits are alright.

This is where I’d fill you in on all sorts of fascinating arcana, like “Little Billy” was written for an anti-smoking campaign (“Sell outs,” puffed the troll), except that I don’t go in for that sort of thing. Takes too much work, and it’s not where my interests lie. Without the historical background, which I’ll concede for many is half the fun, Odds & Sods is simply a collection of songs that slipped through the cracks. Some come from the failed Lifehouse project, others date from their earliest days, running the gamut as it were.

It’s a tricky thing to make a meal from, but appetizing slices abound: “Long Live Rock,” “Pure And Easy,” “Little Billy,” “Faith In Something Bigger.” If you’re looking for a beginning and an end, The High Numbers’ “I’m The Face” is the earliest cut, “Long Live Rock” the most mature. In between are songs that might have found a home on The Who Sell Out, Tommy and Who’s Next. With so many interesting morsels to pick from, it’s unusual that John Entwistle’s “Postcard” got the stamp of approval to become the single. It’s a good track, playful in instrumentation and execution, but “Long Live Rock” seemed like the obvious anthem to everyone. (“I’m The Face” was already a single, by the way, and clearly boded well for the band’s future, whoever they’d become.)

Over the years, I’ve listened to this often enough to make me marvel at how well the tape’s held up; I play it less often than most of their albums, though more often than Who’s Last and A Quick One. Even if you’re not a Who collector, a life lived without hearing “Naked Eye” and the rest of these rockers is no life for me. As MCA scrambled to tell more of The Who’s original story on remastered product, pieces of Odds & Sods were slipped into the mix, though it didn’t preclude them from releasing an expanded, remastered edition of Odds & Sods as well. If you enjoyed Coda or The Kids Are Alright, odds are you’ll like Sods too.

Roger Daltrey, John Entwistle, Keith Moon, Pete Townshend. Produced by The Who except A2/B4 by Pete Townshend, A4/A6/B2 by Kit Lambert and B3 by Chris Parmeinter and Peter Meaden; associate producer on A3/A5/B5: Glyn Johns; remix engineered by JJ; final remixing and production by John Entwistle.