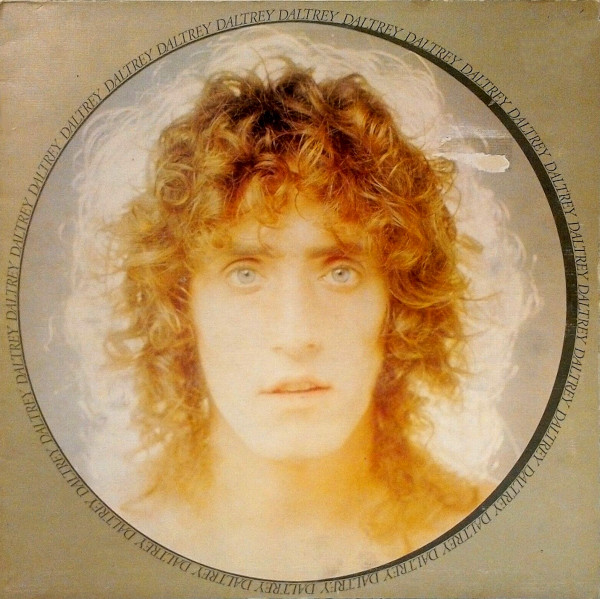 A concept album about a struggling musician, written by two of them, and sung by one of rock’s biggest stars.

Kronomyth 1.0: The Who by nobodies.

At the height of his stardom, Roger Daltrey released a concept album about a struggling musician written by the unknown songwriting team of David Courtney and Leo Sayer. You can read that sentence again if you want, it’s not going to make any more sense. For Courtney and Sayer, it was the opportunity of a lifetime. For Daltrey, it was an opportunity to have a readymade album without the work of writing it. For Who fans, however, it was a far cry from Quadrophenia.

Daltrey is the very model of a middle-of-the-road rock album. You can imagine many of these songs appearing as filler on a Paul McCartney, Harry Nilsson or Billy Joel album from the same time period. One Man Band, for example, reminds me a lot of Joel’s “Piano Man.” Way of the World could pass for a Who By Numbers outtake. You Are Yourself might have turned up on a Wings album. Thinking has a pleasant island feel to it, and You And Me closes out the side with a ballad. Nothing on here screams out “I’m a hit,” and in fact very little screaming takes place at all on Daltrey (to my mild disappointment), but it’s a pretty good concept, most of the songs are enjoyable for what they are (rockers, ballads, orchestrated pop music) and one of the greatest rock singers of all time is singing them.

Side two starts with a fusion of two songs, Hard Life and Giving It All Away, the latter half of which was the album’s first single. These songs form the peak of the album from a conceptual standpoint as the musician/hero realizes the cost of his quest for fame, or something like that. (I didn’t say it was a great concept album.) The rest of the album mixes things up with a variety of styles, from light reggae (The Story So Far) to a string trio (When The Music Stops) to acoustic rock (Reasons). The concept closes where it started, with the hero playing on the street (this reminded me of Harry Nilsson).

The star of Daltrey, surprisingly, is the songwriting of Courtney and Sayer. As for The Who singer, I’m not sure if I should applaud him for giving two struggling writers a shot or be appalled that the man has nothing to say. Over the years, Pete Townshend has written some brilliant songs for his solo albums, but he hasn’t always been the best mouthpiece for them. Daltrey, meanwhile, has been an occasionally brilliant mouthpiece for material that, frankly, has rarely been brilliant. You could probably make a decent “best of” album from Daltrey’s bits over the years. Or, you know, you could buy one of those albums by The Who; I hear they’re pretty good.

All songs written by Dave Courtney and Leo Sayer unless noted.