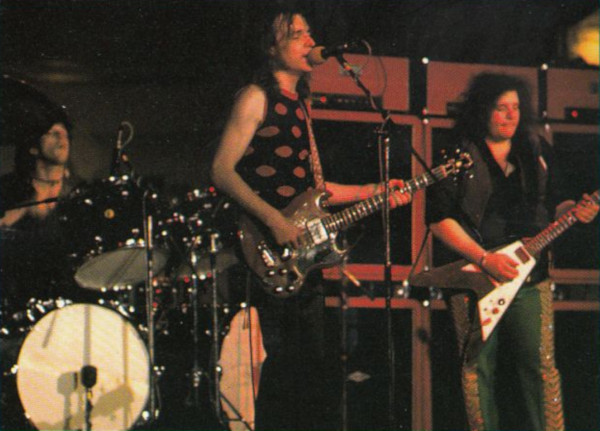 WBL is bassically Mountain with a heavy shot of Cream in it, courtesy of Jack Bruce. When Mountain crumbled, Leslie West and Corky Laing asked Jack to join them in a new venture. The resulting power trio garnered a good amount of attention from the press and had a Top 40 hit with their first album, Why Dontcha. That album featured songs from West and Bruce, and ended up sounding like half a Jack Bruce solo album and half a Mountain album fused together.

The songs on the second album, Whatever Turns You On, were credited to the whole group, which likely had more to do with revenue sharing than a shared musical vision. The record didn’t chart as well as their first, and the trades quickly began to speculate whether the group was finished. By the end of 1973, WBL was officially over; a posthumous live album, Live ‘N’ Kickin’, was released the following year.