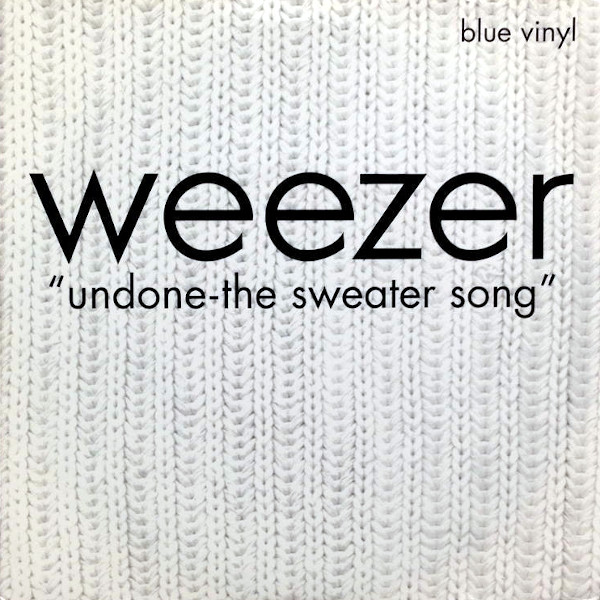 Finally, a fitting companion to those Ween discs at the end of your record collection.

The first time I saw this video, I fell in love with Weezer. Bored with their own song, barely bothering to play along to the track recording, it was as if Pixies had actually liked each other, versus imploding and capturing that implosion on canvas.

Undone-The Sweater Song may be a brilliant song about breaking up or just an antisocial anthem. Either way, it perfectly captures the too-metal-for-Hootie-and-the-Blowfish but not-metal-enough-for-Metallica mood I was feeling in 1994. The video appears to use the single edit, which basically cuts the whole Helter Skelter ending short.

As an added bonus, the single was released as an extended play 7-inch (on blue vinyl!), compact disc and cassette that featured the album track, Holiday, plus two nonalbum tracks from the same sessions. “Holiday” is, of course, awesome. The other two tracks? In the words of Matt Sharp (from the “Buddy Holly” video), not so much. Mykel & Carli starts out like a Bob Dylan song, only Dylan never sang this poorly. Susanne is better, a kind of minor-key throwback that’s even more Buddy Holly than “Buddy Holly.”

All tracks written by Rivers Cuomo.