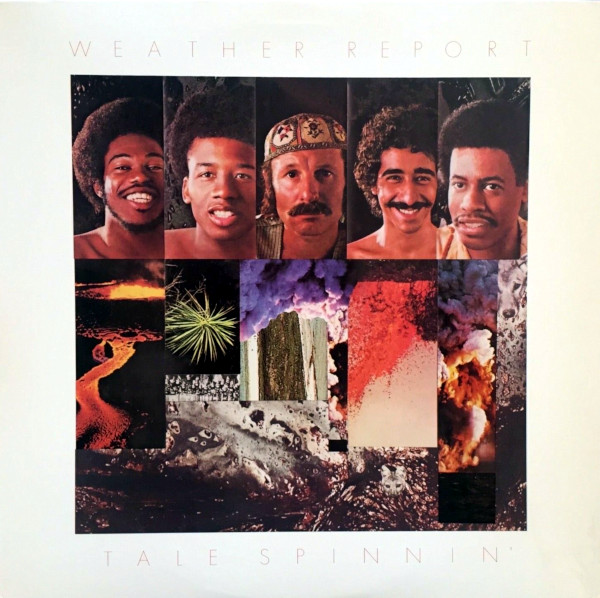 Another lineup shuffle and more spinning tales of sound, this record marks a further move into their exotic, funky, melodic phase.

It’s a cruel madness that goads me in this Sisyphean task (another day boulder, another day wiser) and leaves me crushed by my own shortcomings as a critic. There are no new words, nor novel arrangements of them, that will tease any insight from Tale Spinnin’ not already examined, illustrated and catalogued by more clinical and patient minds than mine. Nothing I add will advance your curiosity an inch, I’m afraid.

Mysterious Traveller had been a fascinating travelogue, a point I somehow never get around to mentioning in my review of it (as worthless as the common words it uses). Tale Spinnin’ is another journey of sound, sometimes through lush landscapes, ingenious and indigenous. The Shorter–Zawinul expedition expands the search party with Brazilian percussionist Alyrio Lima, drummer Leon “Ndugu” Chancler and the mysterious presence of The Original New Timbral Orchestra (TONTO), a towering altar to the new electronic gods of the digital jungle. The electronics prove to be nothing more than a big, expensive bug zapper, crackling and buzzing in the background, but Ngudu is an important addition, giving the rhythm section a much-needed snap not heard since, well, never.

Highlights this time include Man in the The Green Shirt, a classic in the making that invariably invites the words “joyful” and “exuberant” onto the printed page, the sexy/funky Between the Thighs (dreams of “Cucumber Slumber”) and the middle eastern exotica of Badia. For Zawinul, the creative process involved composition and re-composition; a middle might become a new beginning, for example, if it told a better story.

Tale Spinnin’ is best approached as a collection of musical stories, featuring rich settings that the listener can inhabit. The dynamic between Shorter and Zawinul is interesting here, musician and mad scientist, as Z mixes all manner of sound into his alchemical creations and Shorter carries the melodies unbruised through the turbulence. The albums from Mysterious Traveller through Heavy Weather represent the band’s most fertile musical phase; all four should be collected, cherished and championed. And, now, I have a tub to clean…

Original quadrophonic 8-track listing
A1. Man in the Green Shirt
A2. Lusitanos
A3. Freezing Fire
B1. Badia
B2. Between the Thighs
B3. Five Short Stories