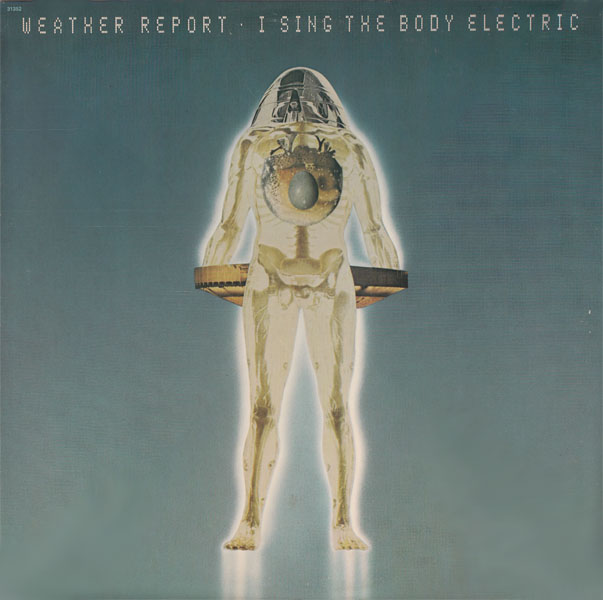 A half-live, half-studio hybrid that continues the exciting experimentation of the first Weather Report album.

The experimental second record from Weather Report may be the strangest they’ve ever made. It’s divided into two distinct halves; the first side is avant-garde jazz featuring an expanded horn section and chorus, the second side is fractious fusion excerpted from a live performance in Japan as a quintet.

The opening Unknown Soldier is Zawinul’s symphony against war, featuring a host of effects on the synthesizer including air sirens, explosions, gunfire and marching boots. Played out like some Greek tragedy for the twentieth century, the song layers horns and vocals atop the unruffled rhythm section of Eric Gravatt and Miroslav Vitous, bringing to mind some of Frank Zappa’s recent classical jazz experiments but presented in a more jazz-wise mode. The next track, The Moors, begins with a detuned 12-string acoustic guitar intro that is quickly if improbably swallowed by some spaced-out fusion from Wayne Shorter. Vitous’ fuzz bass, Shorter’s otherworldly horns and Zawinul’s crystal tones dominate the third track, while Second Sunday In August arrives like a dream, foreshadowing the music of Harold Budd and Brian Eno.

Judged by these four songs alone, I Sing The Body Electric is an important work in the development of not only modern jazz, but modern music. The remaining trio of tracks, recorded live in Japan, is less interesting to my ears. The opening medley is noisy, pitting Zawinul’s confrontational keyboard sounds against Shorter’s sax; the silly Surucucú is interesting as an experiment in sounds but doesn’t break any vital, new ground.

This second side of music simply reinforces what most listeners already knew: Weather Report was an electric fusion band with few peers. But on that first side of Body Electric, listeners were introduced to worlds they didn’t know existed. In the ever-shifting world of Weather Report, these landscapes would be abandoned in the pursuit of greener (financially) fields, but the core trio of Shorter, Vitous and Zawinul left behind an amazing (if small) body of work.