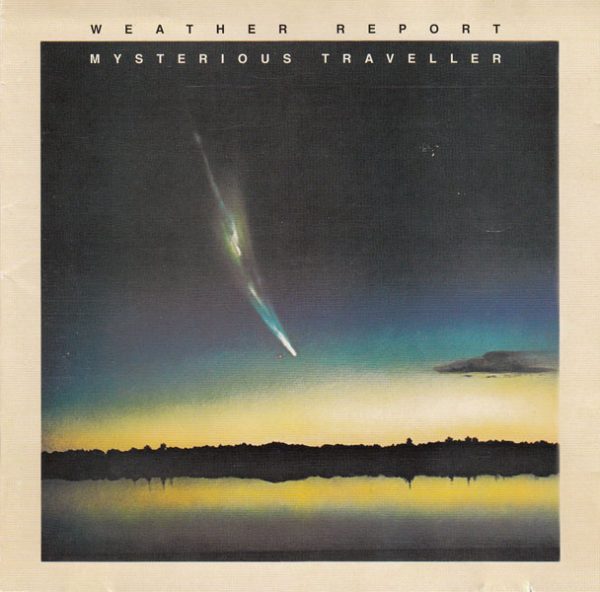 You’ll hear the end of an era on “American Tango,” the last Weather Report composition to feature founding member Miroslav Vitous. It’s a typically ethereal piece, a fitting swan song from the musical odd duck in an ever-shifting birdland. Mysterious Traveller is still a transitional record; in fact, no two songs sound exactly alike. There is again a new rhythm section, this time featuring Alphonso Johnson on electric bass (check out the swinging “Cucumber Slumber” to hear his funky influence) and a fresh pair of double drummers (Skip Hadden, Ishmael Wilburn). Another new wrinkle is the addition of vocals; choral in the case of the opening “Nubian Sundance” (which recalls the extended jams of Sweetnighter) and actual lead vocals from Josef Zawinul on the pretty musical playground of “Jungle Book.”

The band continues to break new musical ground with each album. On “Mysterious Traveller,” it seems as though Wayne Shorter and Z are creating a new musical language as realism and cataclysm collide. On “Blackthorn Rose,” the two are reconciled briefly for some remarkably restrained jazz—and in Weather Report’s world, restraint is almost an act of sabotage. On the funereal “Scarlet Woman,” Sweetnighter once again casts its shadow.

A good half of Mysterious Traveller retreads the same ground as their last album, while the other half introduces the funky rhythms, African elements and piquant pairing of sax and keyboards that marked a change in the weather. As with their last, Mysterious Traveller is regarded as a classic Weather Report album with some minor flaws, most of them attributable to the band’s restless, experimental spirit. It’s a good record, with moments (“Jungle Book,” “Blackthorn Rose”) you’re unlikely to hear anywhere else in their catalog, and a few songs (“Cucumber Slumber,” “American Tango,” “Mysterious Traveller”) that have stayed with me over the years.