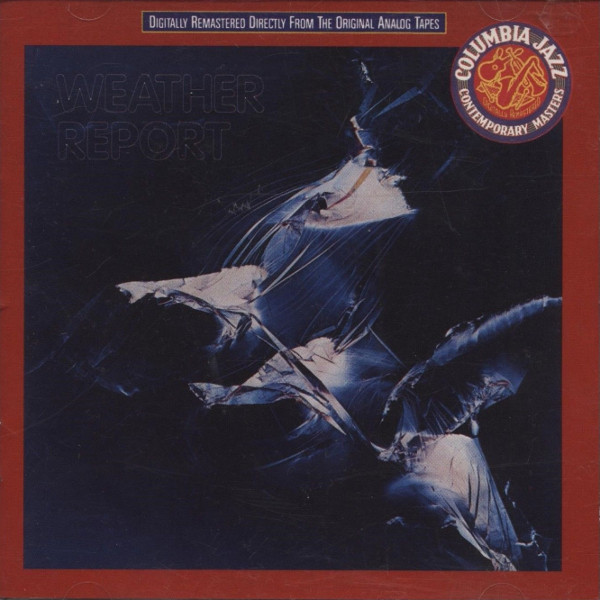 Perhaps the most perfect expression of ambient jazz, Zawinul, Shorter and Vitous create new worlds of sound to explore on Weather Report’s first.

Kronomyth 1.0: The calm before the storm.

After I heard this album, it changed the way I heard music. The first Weather Report album opens with an unveiling of the universe, recorded only with acoustic piano and saxophone, although unlike any piano or saxophone you’ve heard before. For the next forty minutes, the band creates a completely new world of musical sounds where piano, sax, drums, bass and percussion mix in unexpected, delightful and often magical ways.

The highlight is Zawinul’s Orange Lady, a waking daydream influenced by John Coltrane that remains beautiful and timeless. The original lineup brought together three talented and distinct songwriters, including a young Czech bassist named Miroslav Vitous, whose avant-garde interests provide some fascinating experiments on Seventh Arrow and Morning Lake, where the music seems to remain stationary and yet advance at the same moment.

In retrospect, the music here is really a continuation of the ambient jazz explored on In A Silent Way and, for those who caught it, Zawinul, which was recorded earlier but released at around the same time as Weather Report. For most listeners, though, this album is where Zawinul’s vision was fully unveiled. The record closes with two compositions from the peerless Wayne Shorter: Tears (handily the album’s most melodic moment) and the noisier Eurydice. The percussion of Airto Moreira and Alphonze Mouzon strike an impressive balance of propelling the music along and contributing to its celestial soundscape.

Although the group would soon morph into a jazz-fusion powerhouse, the first record suggests a science experiment of sounds. Songs like Milky Way and Waterfall would seem to have as much to do with George Crumb as John Coltrane. Far from confounding listeners, the music compels you to pay attention. A lot of people did, occasioning the readers of the reputable Downbeat to name it the year’s best jazz album. I agree with them. 1971 was a watershed year for music in many ways, with the first Weather Report album at or near the top of that achievement.