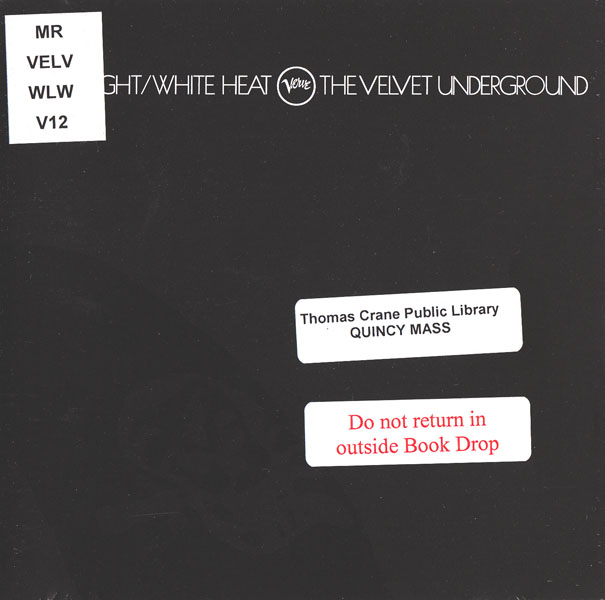 The Velvets’ second is a descent into darkness and drugs. Many rank it among rock & roll’s greatest records.

The Velvets’ first album was remarkable for its bruised beauty. White Light/White Heat is notorious for its brutal rejection of beauty and decency. For years, critics have called this a classic album, defending its noisy experimentation as art. In my opinion, any art that occurs on the Velvets’ second album is accidental. The band is completely out of control, content now to be merchants of chaos.

In its defense, White Light/White Heat is an intense listening experience not soon forgotten. But there’s not one song on here that doesn’t sound like an acid-laced outtake from their first album. This isn’t an album of music, it’s an ode to noise and intoxicated impulse. Over the years, each song has earned its infamy: “White Light/White Heat” presented in amphetamine overdrive; the bizarre short story “The Gift” recited by John Cale against bleak, unchanging scenery; a surreal duet between Cale and Lou Reed that centers around a botched operation to remove a brain tumor; the unexpectedly uncomplicated “Here She Comes Now;” the explosive “I Heard Her Call My Name;” all of it obliterated from memory by that black hole opus, a seventeen-minute “Sister Ray” that wears you down and washes over you like filthy rain.

In retrospect, you can see how critics might have been convinced to put a crown on White Light/White Heat . (How Metal Machine Music ended up with one too remains a mystery.) This isn’t art pushed to the breaking point, though. It’s broken art. Reed, Cale and the rest of the band had gone to a dark place from which return was impossible. And so John Cale left the band, effectively ending one of rock’s most interesting partnerships. Literally, the difference between this and Cale’s next record (Vintage Violence) is night and day. As the most bizarre and confrontational of the Velvets’ records, White Light/White Heat will continue to draw to itself the legions of disaffected noisemongers that every generation breeds in its dimly lit corners. And maybe it is a brilliant record after all, but you didn’t hear it from me.