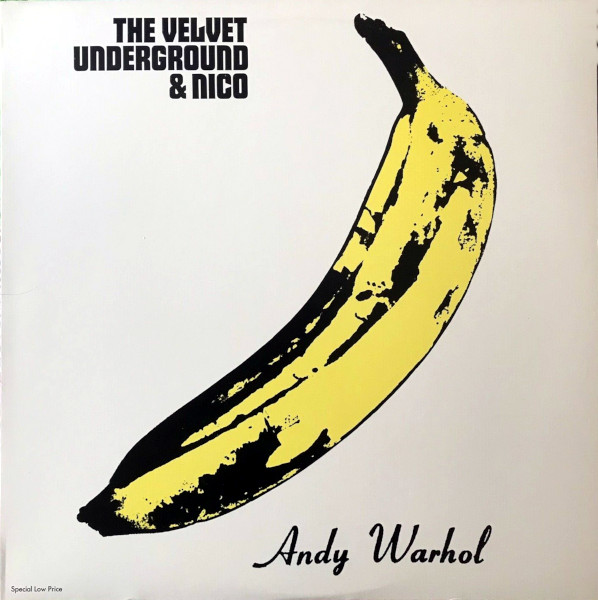 Imagine if Bob Dylan fronted The Doors but did as many drugs as Jim Morrison. Plus Nico.

The Velvet Underground & Nico is rightly regarded as a masterpiece of American rock music. There isn’t a single song on here that isn’t important, powerful and prescient. You could look at Andy Warhol’s soup can and question whether it was really art. But you couldn’t listen to this record without understanding that the very definition of music had been inalterably revised. The unblinking intensity of Venus in Furs, the harrowing urban storytelling of Heroin and I’m Waiting for the Man, the European art-film aesthetics of All Tomorrow’s Parties and the sonic experimentation of European Son mixed with mainstream pop music like oil and water. Fifty years later, it’s still shocking to hear this music.

Upon its release, the album’s shockwaves extended only to a small cadre of saboteurs and iconoclasts. It would take years for the full effect of the Velvet Underground to reach the mainstream in the form of the popular punk/alternative movement of the late 80s. You can could write a book about this record and still miss some important nuance: the deconstruction of the Beach Boys on Run, Run, Run and its role in the coastal culture wars, Lou Reed’s blasé imagery of violence over the years (There She Goes Again), the death of the lead singer during “Heroin,” etc. For a highly experimental record, it’s a nearly perfect one.

Personally, I would have preferred to hear Nico take the lead on Sunday Morning, or the band to explore The Black Angel’s Death Song more deeply, but I’m really inventing flaws that don’t exist. Velvet Underground & Nico isn’t simply one of the most important records from the 60s. It’s one of the most important from the 70s and 80s. They never made another one quite like it, although you can hear some of the same ideas in the band’s later work and, to a lesser extent, in the solo music of Nico. Or in the music of The Doors, since they kind of kicked off the whole scene.

All songs written by Lou Reed unless noted. All arrangements by The Velvet Underground.

2CD “Deluxe Edition” track listing
A1. Sunday Morning
A2. I’m Waiting For The Man
A3. Femme Fatale
A4. Venus In Furs
A5. Run Run Run
A6. All Tomorrow’s Parties
A7. Heroin
A8. There She Goes Again
A9. I’ll Be Your Mirror
A10. The Black Angel’s Death Song
A11. European Son
A12. Little Sister
A13. Winter Song
A14. It Was A Pleasure Then
A15. Chelsea Girls
A16. Wrap Your Troubles In Dreams
B1. Sunday Morning
B2. I’m Waiting For The Man
B3. Femme Fatale
B4. Venus In Furs
B5. Run Run Run
B6. All Tomorrow’s Parties
B7. Heroin
B8. There She Goes Again
B9. I’ll Be Your Mirror
B10. The Black Angel’s Death Song
B11. European Son
B12. All Tomorrow’s Parties
B13. I’ll Be Your Mirror (mono single version)
B14. Sunday Morning (single version)
B15. Femme Fatale (mono single version)