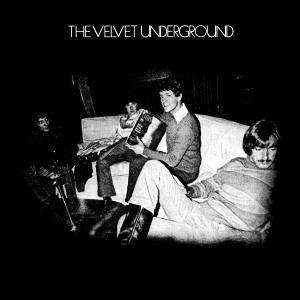 “I was talking to Lou Reed the other day, and he said that the first Velvet Underground record sold only 30,000 copies in its first five years. Yet, that was an enormously important record for so many people. I think everyone who bought one of those 30,000 copies started a band!” – Brian Eno, in a 1982 interview with The Los Angeles Times, as verified by Quote Investigator.

With Nico and John Cale out of the picture, Lou Reed was the unquestioned overlord of the Underground, opening the door for him to deliver the sweetest, strangest record you’ve ever heard. Remember how you felt the first time you heard “Sunday Morning?” Apparently, that was just a warm-up for “Candy Says” (sung with complete innocence by Doug Yule) and “Pale Blue Eyes.” The Eno quote above may have referred to VU’s first record, but when it came time to pilfer from The Velvet Underground, this is where the artists of tomorrow came. Without “What Goes On,” there is no “Mother Whale Eyeless” and those transcendently strange rockers from Eno. Without “I’m Set Free,” Pixies and songs like “Velouria” aren’t nearly so magical. Artists and critics may have liked to say that they preferred “Sister Ray,” but I suspect most of them played “Beginning To See The Light” and “That’s The Story of My Life” behind closed doors. As charming a record as it is, The Velvet Underground isn’t a sell out. “The Murder Mystery” proves that Lou Reed didn’t need John Cale to create art (in fact, I’m pretty sure that’s the whole point of including it here), and you just need to scratch the surface of songs like “Candy Says,” “Jesus” and “I’m Set Free” to see the darkness underneath. Without Cale as a creative foil (a role that Yule doesn’t try to fill), the dual guitars of Reed and Sterling Morrison become more prominent, a style that would carry over into Reed’s solo career. It’s tempting to see The Velvet Underground as a Lou Reed solo record, which makes the opening and closing cameos from Yule and Maureen Tucker (on the wonderful “Afterhours”) all the more essential. Somehow, the record finds a balance between its members despite the magnetic presence of Reed, something The Pixies were able to achieve as well (though not easily, it seems). Truth be told, I expected The Velvet Underground to be a letdown after the loss of Cale. Instead, it’s a liberation. One thing worth mentioning is the yin/yang relationship that this record has with Nico’s The Marble Index. Where Nico challenges you to follow her distresses in a dark dreamworld, Reed comes back with the report, “I met myself in a dream and I just want to tell you everything was alright.” Here’s to hoping they’re both seeing the light now.

The Pictures
Photos and convolutions by Billy Name. Art direction by Dick Smith.