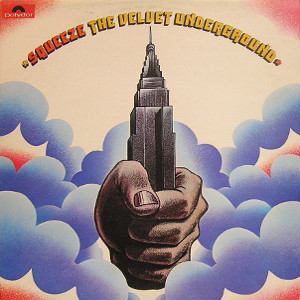 When John Cale left The Velvet Underground, the band became normal. When Lou Reed left the band, they became nominal. But without Sterling Morrison and Maureen Tucker, well, they simply ceased to be the Velvet anything. VU manager Steve Sesnick apparently didn’t get that memo, and arranged for Doug Yule to record an entire album of music to be billed as the next Velvet Underground record. Squeeze isn’t just a terrible VU record (which it really isn’t), it’s a pretty disappointing debut record from Doug Yule (which it really is). In Yule’s defense, it’s completely unfair to expect to man the write and play an entire album in the mode of a highly distinctive band that he had only joined as a replacement for John Cale (although he did become an increasingly important member of the band, particularly after Lou’s departure). If VU had recorded a final album with the 1971 lineup of the band (Morrison, Yule and Tucker plus Walter Powers on bass), Yule’s attempts at writing Lou Reed songs (“Caroline,” “Mean Old Man,” “Friends,” “Louise”) would likely have had a better outcome. Instead, being asked to write an album’s worth of material and play almost everything on it (Purple’s Ian Paice somehow ended up on drums), all under the heavy brand of The Velvet Underground, proves to be (not surprisingly) an unbearable weight. Since its release, Squeeze has enjoyed a rare infamy as a crass attempt to squeeze any remaining juice from the original lemon that was The Velvet Underground…

Meet The Velvets?
In what could be seen as a tacit admission that the original VU were dead, the album’s liner notes refer to the album being produced by The Velvets, which at this point consisted of Yule and Sesnick. It’s unfortunate that Doug Yule’s one solo album really isn’t a Doug Yule album at all, so much as a halfhearted attempt to replicate Lou Reed and The Velvet Underground on his lonesome. The material certainly could have been better; the opening “Little Jack” sounds suspiciously like The Who’s “Pinball Wizard,” “Dopey Joe” is a failed attempt to create a new character for Reed’s rogues’ gallery, “She’ll Make You Cry” is sad for all the wrong reasons. If you feel tempted to buy this record out of loyalty to the Underground, that loyalty would be better served in the solo discographies of Lou Reed, John Cale and Nico. Squeeze is pedestrian rock that finds Yule overextended and undersupported. That he was able to make an entire album of music on his own is actually a remarkable achievement, but most of those remarks are negative for a reason.

All titles written by Doug Yule. Arranged by The Velvets.