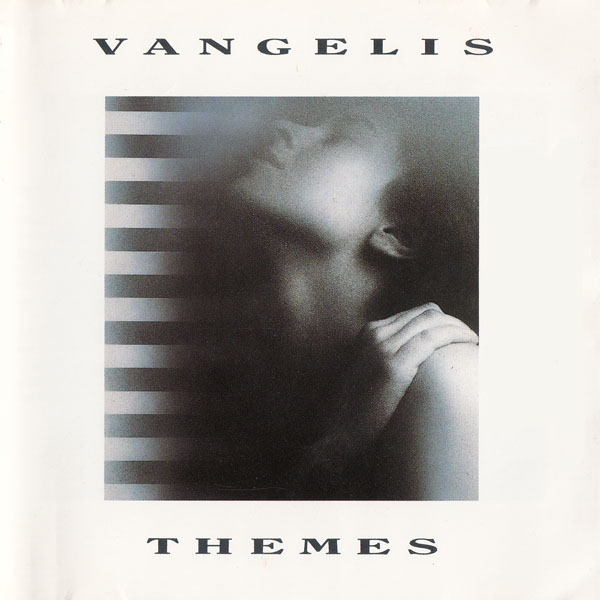 The title’s a misnomer, since this isn’t just soundtrack music but sort of a Best of Vangelis: The Polydor Years.

This collects the best of Vangelis’ work from film and tv commercials to date. Although a good half of this had already appeared on earlier Vangelis albums, Themes did the kindness of collecting for the first time music from Bladerunner, The Bounty and Missing. What emerges here is a kind of companion disc to 1978’s Best of Vangelis compilation; in fact, in Spain they pitched this as The Best of Vangelis with an extra pair of tracks (“Eric’s Theme” from Chariots, “Mouettes” from Opera Sauvage).

Although the decision to open with the End Titles from Bladerunner is an odd choice, the rest of the record flows as smooth as digital honey. If you’re just discovering the music of Vangelis, Themes is a fine place to start. What’s missing here isn’t insubstantial (Heaven and Hell, Spiral, Albedo 0.39), but Themes picks up the story from there with smart choices from China, Opera Sauvage, See You Later, Antarctica and even dipping back in time for the beautiful “La Petite Fille de la Mer.” As for the unreleased soundtrack music, the selections from The Bounty are amazing and the “Love Theme” from Bladerunner is a personal favorite of mine.

All songs composed by Vangelis. * Included on compact disc only.