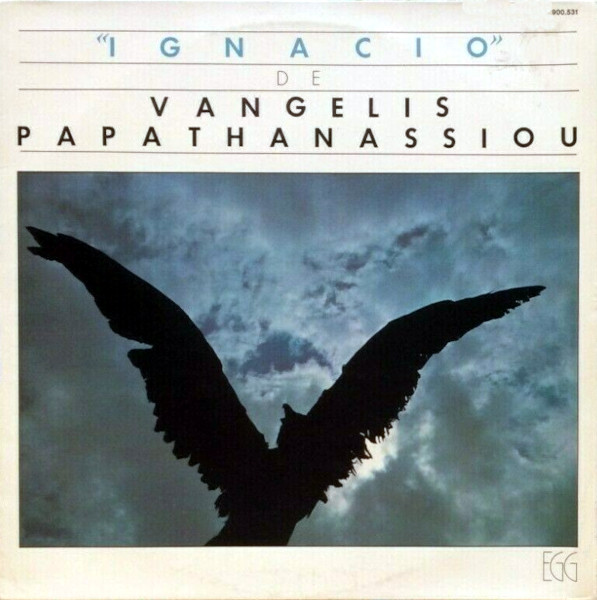 Your dogs would be barking too if you had to carry your son for miles on your back.

This is one of my favorite of the early Vangelis soundtracks, written for the film Entends-tu les chiens aboyer? (Do you hear the dogs barking?). The film, an unusual Mexican-French hybrid, is based on a short story by Juan Rulfo. I haven’t seen the movie, but the clips look amazing and the story of a man carrying his sick boy on his back for medical treatment intrigued me immediately.

The album, which was re-titled as Ignacio (the name of the boy in the movie) in 1977, is split into two side-long parts. Within each are separate sections/movements, presumably written to accompany different scenes in the movie. The opening movement is a short and soothing lullaby, similar in effect o “La petite fille de la mer” from L’Apocalypse des Animaux. The second theme starts with mournful voices and bells, features some piano flourishes that sound very much like Rick Wakeman’s recent solo work and re-states the first theme in a more dramatic fashion. Around four-fifths of the way through, the music stops and restarts with shimmering space sounds and a splash of Bach’s foreboding Toccata and Fugue before returning to the original theme once more.

The second part is far more agitated and experimental in scope. It begins with synthesizer fusion that recalls the abortive sessions with Brian Odgers and Tony Oxley (later released illegally as The Dragon and Hypothesis, both of which I was duped into as a teenager), then shifts into avant-garde percussion playing. Shakers are shaken, piano strings are plucked, bells are struck and the whole thing sounds like a surreal nightmare. Halfway through, the synthesizers return, creating an alien landscape of sounds that recalls Tangerine Dream’s early work and lasting for several minutes. The main theme returns at the end, now rendered as a slow south-of-the-border waltz.

Admittedly, the first side of music is stronger than the second. In fact, you’d be within rights to ignore the second part altogether as experimental, incidental music. The first half, however, deserves serious consideration among Vangelis’ earlier works. The album’s main theme, especially in its initial treatment, is as lovely as any idea he’s had before or since.