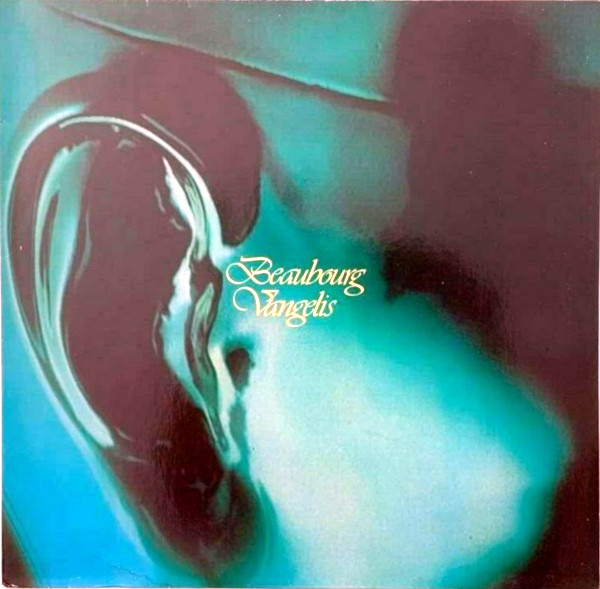 Beaubourg is Vangelis’ discovery of the Yamaha CS-80 analog synthesizer, “discovery” in this sense meaning an exploration of the sounds possible on the instrument through a series of improvised musical sketches. At least, that’s always been my impression of the album. Not that I haven’t been tempted to find structure in Beaubourg, much like its physical namesake. In fact, the album may be the most enigmatic in Vangelis’ catalog for the very reason that listeners are so divided on its origins and intent. Is it a modern classical tone poem molded in the shape of those classic krautrock space records? A massive sculpture of metallic music inspired by futuristic design of the Beaubourg building, the Centre Pompidou? A quickie contract-breaker masquerading as art? You get to decide.

One thing is certain: this is a very different record than his last, Spiral, despite the fact that both featured the Yamaha CS-80. In many ways, Beaubourg is the antithesis of Spiral: difficult where the other was accessible, not a taming of the synthesizer but a testing of musical boundaries. Sounds collide at odd angles, soft and harsh elements are juxtaposed together, and on more than one occasion the whole thing sounds like an orchestra of R2D2 robots.

The album is divided into two parts, but there doesn’t seem to be any logic in the division (other than the constraints of time) or even in the sequence of music. The theme would appear to be a massive musical sculpture of futuremetalfusion, if the title is to be taken at face value. And it’s in this context that Beaubourg most seems like a work of art. Both building and album stood apart as a bold if somewhat frightening vision of the future. Both seem almost quaint today in their conviction that the overthrow of the status quo would be so obvious rather than insidious.

I enjoy listening to Beaubourg, but easy listening it isn’t. It’s a highly experimental work best appreciated by those whose tastes lean toward the avant garde. Whether this or Metal Machine Music or [insert your favorite Klaus Schulze album here] is actually art, I don’t care. And you shouldn’t care whether I care or not, because this is not a critique. I hate music criticism and the idea that one opinion is more valid than another, so please do not use the comment box below to tell me that I’m wrong or that I need to listen to Beaubourg again because it’s a classical masterpiece. If you’re putting any value into my opinion at all, then you’ve completely missed the point.

Composed and arranged by Vangelis.