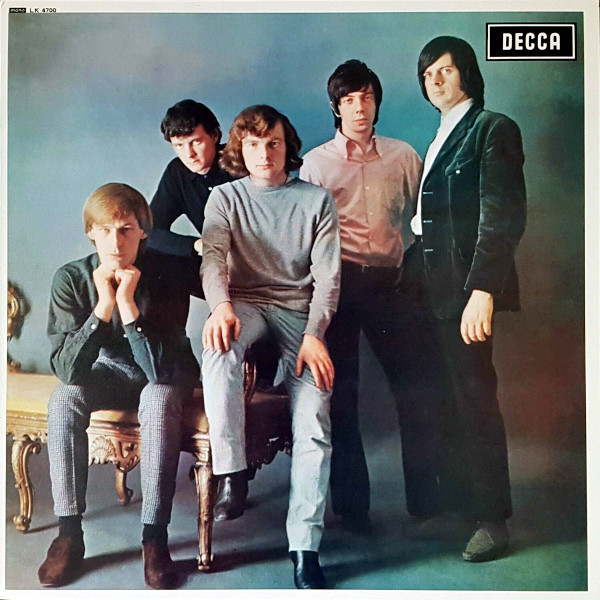 The band’s first album vaunted Them into the front ranks of the R&B invasion, led by an angry, young Van Morrison.

Kronomyth 1.0: And the Van comes on the radio.

Them were Northern Ireland’s answer to The Rolling Stones, which would make Them an answer to a question few were asking. After all, the world had The Who, The Animals, The Kinks and countless other bands to indulge their teenage daydreams of rebellion. Yet none of those bands had a lead singer who could match Mick Jagger’s wide-mouthed white punk so naturally and convincingly. Van Morrison wasn’t copping Jagger, they were cut from the same cloth: wonderstuck by rhythm and blues, wild boys whose savage breasts could only be tamed by that seductive muse, rock and roll. And so a certain faction of teenagers rallied around Them as the next great white hope.

They were, like most of their contemporaries, a product of their time, with the emphasis on product. The labels played up the band’s antisocial image, the usual R&B suspects were lined up (“Bright Lights, Big City,” “Route 66”), professionally penned tunes were provided (“I Gave My Love A Diamond,” “I’m Gonna Dress In Black”), session players brought in to help out. None of that, however, distracts from the powerful presence of Morrison; whether he’s singing or wailing on the harmonica or sax, Van is a one-man gale. That’s not to say that the rest of the band doesn’t have talent; my original interest in Them, in fact, was their organ player, Pete Bardens (of future Camel fame). The band’s chemistry is clear on songs like “Mystic Eyes” (a Top 40 hit in the US), and if the production is a little messy (the Stones recordings sounded much cleaner), it gives their music a raw energy all its own.

Despite the UK habit of separating singles and albums, The “Angry” Young Them reprised the earlier B side, “Gloria,” pure musical genius, that. (The US version, simply titled Them, added the recent hit single “Here Comes The Night.”) While nothing else on the album is a match for those two tracks, quality material from Morrison (“If You And I Could Be As Two,” “You Just Can’t Win”) and scorching cover versions (their spin on Rosco Gordon’s “Just A Little Bit” is downright menacing) put it right in the front ranks of the English R&B revolution. Yes, you could argue that’s it all just a clever copy of the Stones, but that Van was the genuine article is clear on every track.