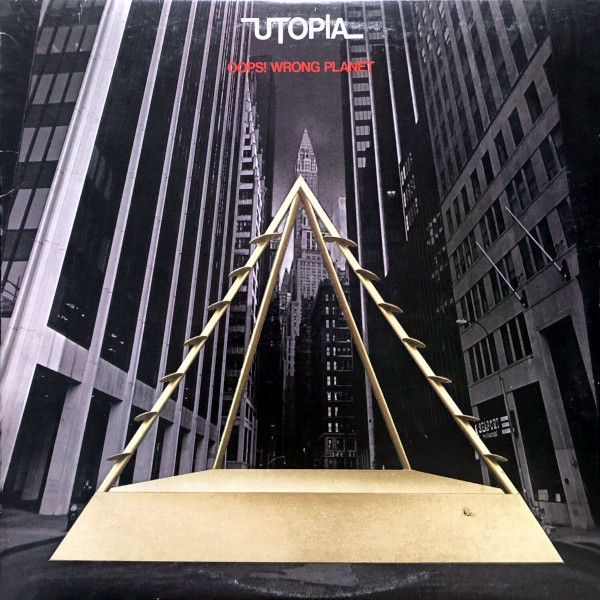 Though it followed close on the heels of Ra, Oops! Wrong Planet is a marked departure from Utopia’s previous work, eschewing longer epics for short, sometimes noisy songs with layered harmonies and a certain amount of Beatlesque charm. With Todd Rundgren involved in writing most of the material, the result not surprisingly feels like a Rundgren solo album much of the time (cf. Hermit of Mink Hollow). Far from the spacey subject matter of Utopia’s earlier work, Oops! is concerned primarily with social criticism: “Rape of the Young,” “Gangrene,” “Back on the Street.” Nothing on here is as heavy-handed as “Hiroshima,” but you’d have to look forward to Swing To The Right to find another Utopia album so dystopian. Maybe it’s the effect of living for two years under the administration of President Boaty McBoatface, but this album resonates with me more than most Utopia albums, from the caged fury of “Trapped” to the hopefully defiant “Love In Action” and its spiritual twin, “Love Is The Answer.” True to the Utopian model, each member takes their turn at the microphone, with better-than-expected results, from “My Angel” to “The Marriage of Heaven And Hell.” (There is a religious theme at work on many of these songs, although it’s not obvious, as it was on Initiation.) Despite ending on an optimistic note, this is one of Utopia’s darker records, so optimists may want to opt out of Oops!, but they’d be missing a lot of great music in doing so. In fact, this, Adventures In Utopia and Swing To The Right are my favorite Utopia records (I don’t have a favorite favorite). As a crossover from prog rock to edgier pop music, Oops! Wrong Planet officially marks the second (and most interesting) phase of Utopia, particularly as its individual members began to find their own voice in it.