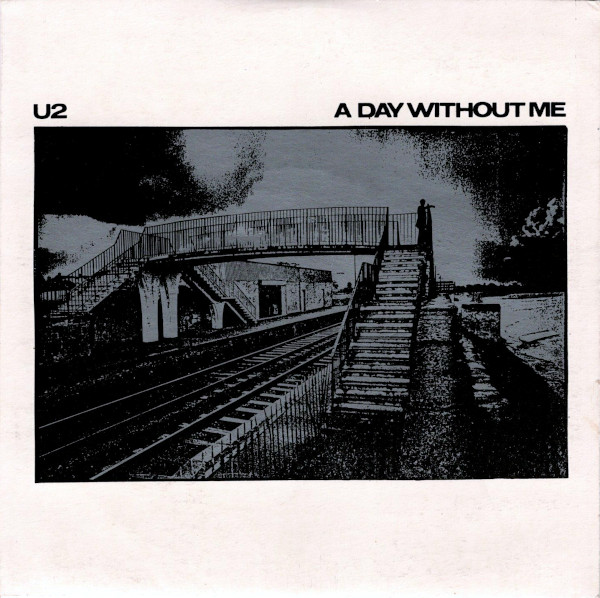 The last single before Boy was delivered, this one remained a concert favorite for years.

The band’s third single before their big breakthrough (“I Will Follow”), A Day Without Me has all the energy but little of the melody associated with their best work. In fact, it’s not even a standout track on their first album, Boy. It feels revolutionary, though, like “London Calling” but calling for personal rather than political change. The single version appears to shave a few seconds from the album version’s intro.

If the two-chord A side seems monochromatic, the one-chord instrumental Things to Make and Do seems so even moreso. The creative guitar work from The Edge and the production from Steve Lillywhite push these songs over the top, but over a long career both tracks are easily forgotten. That said, U2 appears to have gotten good mileage out of “A Day Without Me” on stage through the early 80s. That the band could make the hair on your neck stand up with such mediocre material is a testament to their talent.