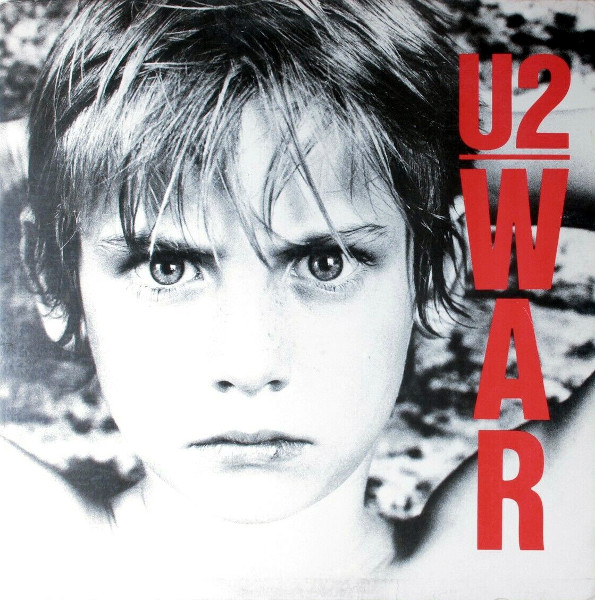 A call to arms not heard since The Clash, featuring “Sunday Bloody Sunday” and “New Year’s Day.”

Kronomyth 3.0: Two days and a knight.

First there was Boy. Then came October. This time, it’s War. U2’s third album takes no prisoners. Its best songs are powerful anthems that champion God (“Sunday Bloody Sunday”), Man (“New Year’s Day”) and Love (“Two Hearts Beat as One”). The Voice that promised to follow on Boy has grown a man on War to become a leader of men. At his right hand, the brilliant Edge with his arsenal of sonic strategies. Protecting his flanks, the pulsating and pounding rhythms of Adam Clayton and Larry Mullen Jr.

I remember hearing that the Edge claimed to never use the same guitar sound twice and thinking that was the height of pretension. Yet I was struck by the fact that every song on War sounds different than the last: the cold chill of “Drowning Man,” the warmth of “40,” the white hot anger of “Like A Song.” Hearing the opening seconds of “Sunday Bloody Sunday” with its almost-military beat, I was immediately reminded of The Clash’s London Calling. Both albums were a call to arms, though The Clash were fighting a war of classes while U2 was engaged in the oldest battle of all: good versus evil.

As someone who loves Jesus Christ and music, the state of contemporary Christian music is the cause of much consternation for me. U2 is not what I would call a Christian band (it’s Bono’s cross to carry), yet their music stands as some of the greatest Christian rock of its time. More than just an album of great music, War is a wake-up call for a world that has turned away from the true God and turned to the gods of war as their protectors, counselors, avengers; a world that mixes the bitter dregs of hate and division with its wine. U2 had drawn a battle line on War, and from this point forward their music would become an instrument of change.

All songs written by U2.