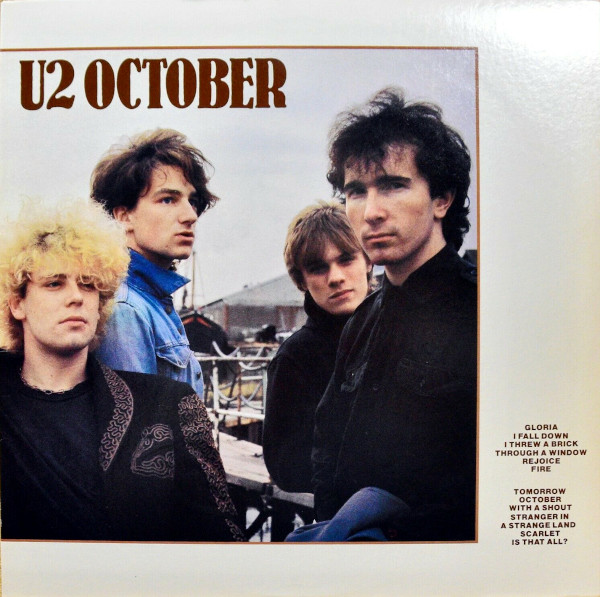 The murky, spiritual second album is the band’s red-headed stepchild.

Kronomyth 2.0: We all live in a hallowed submarine.

As a Christian, my general dislike of “christian” music troubles me. Some of it truly touches my soul, but most of it sounds like warmed-up country leftovers to me. Not that October is Christian music in the sense that most are familiar with, but it does wear its faith on its sleeve. The album’s opening track is its grand statement. Gloria gives glory first to God, and the band is rewarded for their faith with their best song to date. As you wait for another moment like that to follow, however, it becomes clear that U2 is still learning how to shape its energy and creativity into grand sonic statements.

There is some backstory to October that suggests the band was both pricked by their conscience and pressed for time. I’m sure someone has written a book about it somewhere. Regardless of the cause, the effect is an album that is murkier in vision yet still distinctly the vision of U2. I realize that’s not a very helpful sentence. Think of U2 recording their first album with a fog machine on a Sunday morning; October sort of sounds like that.

There are those who will tell you that U2’s second album is an underappreciated gem, and more power to them. I can certainly hear where repeated sittings with October would breed the kind of familiarity that forms loyalty. Yet the same could be said about The Cure’s Seventeen Seconds or Siouxsie and The Banshees’ Join Hands, and if you’re going to champion every underdog you might as well be reading Amazon reviews right now.

The group is too interesting and too talented to make a boring album, and Steve Lillywhite is too good a producer to let them. That said, October is a bit, um, ponderous. Maybe it’s the lyrics (which feel half formed), maybe it’s the piano, maybe it’s the dreamlike interludes of October and Scarlet, or maybe it’s all those things together. Ultimately, I think the lack of a second strong single (Fire isn’t it) and a general unfinished quality to some of the songs (e.g., I Threw a Brick Through a Window, With a Shout) unravels the tension that made you stand up and take notice of Boy and pledge your allegiance to War.

All titles written by U2.