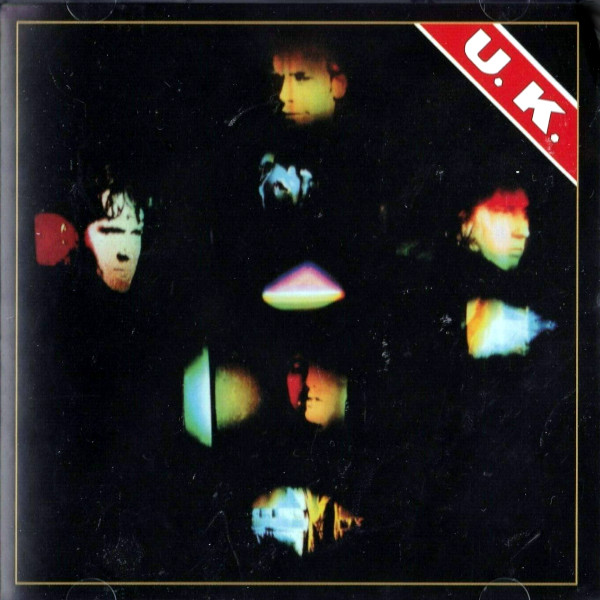 The debut album from one of the last great progressive supergroups, featuring members of King Crimson, Soft Machine and Roxy Music.

There were a lot of people who lamented the loss of King Crimson, and it’s tempting to see the first U.K. album as a kind of Crimson Mark II. Bill Bruford and John Wetton had been half of that band, Eddie Jobson had replaced David Cross for some studio overdubs on the live U.S.A. and, while Robert Fripp was irreplaceable, Allan Holdsworth was hardly a case of settling for less.

“I think U.K. was sort of the last of the classic progressive-rock bands of the ’70s. We were the last, final breath.” — Eddie Jobson, as quoted in a 2013 Miami News Times article.

The record does invite comparison to King Crimson, but Frank Zappa, Mahavishnu Orchestra and Jean-Luc Ponty also serve as reference points. In fact, there are several moments on here where the words “Ponty on steroids” come to mind. (Holdsworth, you may recall, had just come from playing on Ponty’s Enigmatic Ocean.) What’s unique about U.K. is that they’re not jazz-rock fusion in any sense that I understand the label. It’s almost as though the band took the musicianship and unpredictable twists and turns of Zappa (e.g., “Presto Vivace And Reprise”) and Mahavishnu and drained all of the jazz out of it, leaving pure prog chops in its place. And it’s in that sense where the first U.K. album is groundbreaking, because it allowed future proggers to make highly complex, dynamic and mathematical music without leaning on jazz idioms to do it. There are a lot of prog bands in the 21st century that are making music that sounds like U.K. did thirty years ago.

As much of a powerhouse album as this is, I do feel like it falls apart in spots as the band tries to mesh melodies, vocals and high-octane musicianship together. The closing “Nevermore” and “Mental Medication,” for example, probably would have worked better as instrumentals than extended songs. That said, the opening suite, “In The Dead of Night,” is classic prog—something I didn’t expect to encounter anymore in 1978—and “Thirty Years” is pretty amazing too.

Until now, Eddie Jobson had been a peripheral (if popular) player in prog circles, but this album established him as a major creative force in the field. Unfortunately, the band began to fall apart soon after, with Bruford and Holdsworth leaving the fold (they would reappear on Bruford’s next release, One of a Kind). What remains on this first record is a sweet, wonderful alignment of stars that one can happily exonerate for the future crimes of Asia.