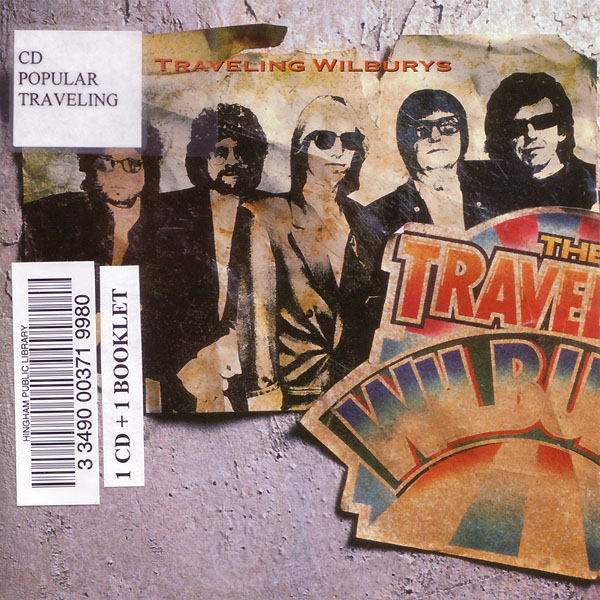 Talk about your planetary alignment of talent, this is musical serendipity on a galactic scale.

Sometimes Fate smiles, but this is a big old belly laugh where Fate is concerned. The real legend of the Traveling Wilburys, far more interesting than the fabricated one around a band of traveling brothers, begins with Jeff Lynne (Otis Wilbury) and George Harrison (Nelson) looking to record a new B-side for the third single (“This Is Love”) from George’s triumphant Cloud Nine. Lynne was working with another resurgent relic, Roy Orbison (Lefty), and it was decided that the three would record the song together (“Handle With Care”). The recording location? Bob Dylan’s (Lucky’s) home studio. But first, a stop off at the home of Tom Petty (Charlie T. Jr.), where George had left his guitar…

Had all this resulted in one drunken session or a single song, Fate might have been said to merely smirk. Instead, the band of five recorded an entire album’s worth of material over 10 days in May, and not just any material, but some of their best material in years. Lynne, who went on to produce albums by Orbison (Mystery Girl) and Petty (Full Moon Fever), had recently perfected a kind of modern retro sound heard on hits like “Got My Mind Set On You,” “You Got It” and “I Won’t Back Down.” You’ll find more of the same magic on here: “Handle With Care,” “Not Alone Any More,” “End of the Line.”

Honestly, fitting the craggy personas of Dylan and Petty into the mix isn’t always easy. The Dylan songs particularly feel like a different side of the band. Recalling that the bard was coming off the disappointing Down in the Groove, his contributions are a slightly miscalculated risk that give the impression someone has slipped half a mediocre Bob Dylan album into the party. The album was spared that kind of critical assessment, however, when Fate once again stepped in, this time taking Lefty with him. What remained was a remarkable swan song for Orbison, a second hit for Harrison and an introduction for stellar followups from Orbison and Petty. In 2007, an expanded remaster was released, including a song each led by Nelson (“Maxine”) and Lucky (“Like A Ship”).