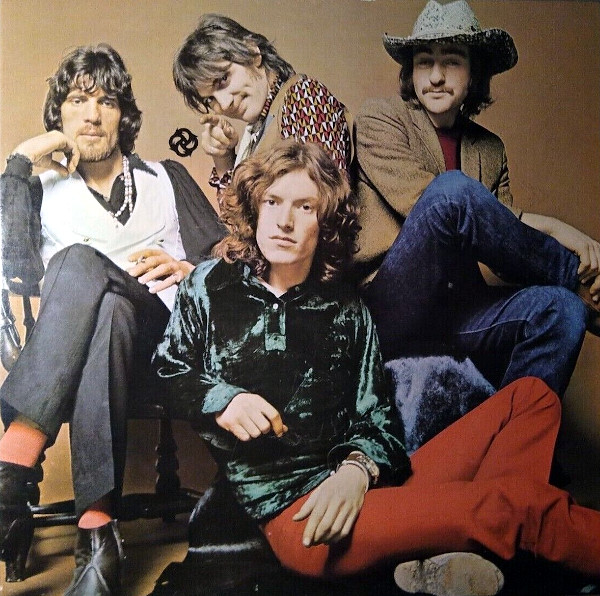 Mason rejoins the band just in time to kick in half an album’s worth of great songs before leaving again.

Dave Mason briefly left the band after Mr. Fantasy, rejoined them several months later and the reconstituted quartet released their second and final album together. This time around, the songwriting is nearly split evenly between Mason and the Winwood/Capaldi/Wood contingent. The effect of two very different songwriters (Mason and Steve Winwood) is more apparent on this record. “Feelin’ Alright” and “Cryin’ To Be Heard” are excellent songs, but they’re not necessarily excellent Traffic songs. It was in the sere, earthy arrangements of “No Time To Live” and “Forty Thousand Headmen” where Traffic’s future lie.

There are also throwbacks to the first album’s playful feel on “You Can All Join In” and “Who Knows What Tomorrow May Bring,” one of my favorite Traffic songs, period. The rest of the album is very well done, although Jimmy Miller seems to intentionally bury a lot of good music; you can hear some of it on “Virgin Vagabond” and the brilliant closer, “Means To An End.” Throw in the powerful “Pearly Queen” and Mason’s Dylandulgence, “Don’t Be Sad,” and you’ve got a formidable bookend to the band’s breathtaking debut.

Unfortunately, Mason left again after this album, and Traffic went on hiatus for several years, with Winwood re-appearing in the short-lived supergroup, Blind Faith. Their eponymous second album isn’t as startling as their debut, nor is it as silly. In fact, this is a very serious album much of the time, particularly when you pay attention to Jim Capaldi’s lyrics. But a heavier traffic isn’t a bad thing at all, as listeners would discover when John Barleycorn rolled into town.

CD reissue bonus tracks (Island Remaster Series)
11. Here We Go Round The Mulberry Bush
12. Am I What I Was Or Am I What I Am
13. Withering Tree
14. Medicated Goo
15. Shanghai Noodle Factory