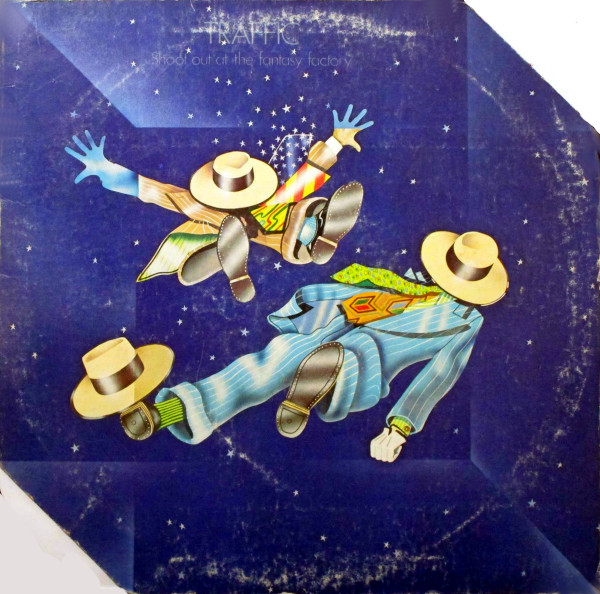 A hit-or-miss followup that lacks the creative spark of their last two records.

Kronomyth 7.0: Sometimes I feel so uninspired too.

Traffic followed a pair of brilliant records (John Barleycorn, Low Spark) with a paradox. Shoot Out At The Fantasy Factory looked like its inspired predecessor down to its diecut corners, but this is a doppelganger: a pale image of what it purports to be. Tales From Topographic Oceans and A Day At The Races left me similarly nonplussed. The tantalizing artwork and proximity to the band’s creative peak bespoke great wonders, but countless forays into the black grooves only left me wondering what I was missing.

Now, I will tell you that dismissing these anomalies as artistic airballs is a mistake. The product of Fantasy Factory isn’t so far removed from what Steve Winwood and Jim Capaldi have been peddling all along. If the songs here seem like three-note vamps extended beyond their logical limits, wasn’t that always the case? Remove the chorus from “The Low Spark of High-Heeled Boys” and what’s left sounds a lot like “(Sometimes I Feel So) Uninspired.” And don’t forget their 9-minute version of “Gimme Some Lovin’.”

The truth is that Fantasy Factory isn’t a complete failure any more than Topographic Oceans or Races. There are pleasant passages to be found here, from “Roll Right Stones” (my personal favorite on the album) to “Evening Blues” and even Chris Wood’s instrumental “Tragic Magic.” The title track is also interesting (although poorly mixed), featuring some of Winwood’s most aggressive guitar playing and a percussive performance from Rebop that is mesmerizing at times. Maybe the people at Mobile Fidelity knew something we didn’t, since I’ll bet this album sounds much better in a good mix with a nice pair of headphones.