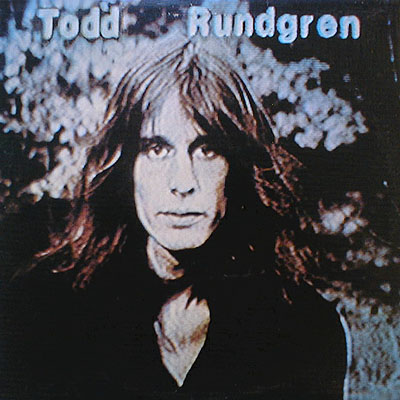 After two albums with Utopia (Ra, Oops! Wrong Planet), Todd returned to the DIY-lightful setting of Something/Anything? for his best album in years, Hermit of Mink Hollow. Despite labeling sides one and two as “easy” and “difficult,” the only difficulty you’ll encounter on this album is deciding which side to listen to. At nearly every turn, you’ll be reminded of Todd’s double-album magnum opus: “You Cried Wolf,” “Can We Still Be Friends,” “Determination” and “Onomatopoeia” all have their predecents in that work. Faithful showed that Todd could make half a normal album if he wanted to; Hermit carries that idea to its logical, full-album conclusion. The second side does deal with more difficult subject matter and employs slightly pricklier production, but it’s a cake walk compared to the experimental sides of Todd and Initiation.

In comparing this to his recent work with Utopia, you’ll find similarities and differences. For one thing, the arrangements feel less compressed (particularly on side one) because Todd isn’t trying to find a multi-vision middle ground. Despite his success as a producer and as a member of Utopia, I prefer Rundgren in the role of musical dictator rather than collaborator. Consider “All The Children Sing” versus the similar-themed “Marriage of Heaven And Hell” and you’ll hear what I mean. Hermit of Mink Hollow may not be as ambitious as the last two Utopia albums, but it’s more effective, particularly for those listeners who have been carrying a torch for the old Todd since “I Saw The Light.”

If you find yourself with some time on your hands, it’s fun to play match-game between this album and Something/Anything? “You Cried Wolf” sounds a lot like “Wolfman Jack,” “Determination” sounds like “Couldn’t I Just Tell You,” “Too Far Gone” like “One More Day,” “Can We Still Be Friends” lines up with “Marlene” and so on. The interesting thing about Hermit of Mink Hollow is how little has changed, even after all the weird experiments, quasi-religious concepts and utopian adventures. One thing that seems like a new wrinkle to me is the dramatic tone of the second side, which almost feels like the the parts of an incomplete musical, one of the few frontiers that Rundgren had yet to explore. I’m surprised someone hasn’t tried to create a musical around the music of Todd Rundgren since then, but with the success of Beautiful, can Swami Todd be far behind?

All songs written and arranged by Todd Rundgren.