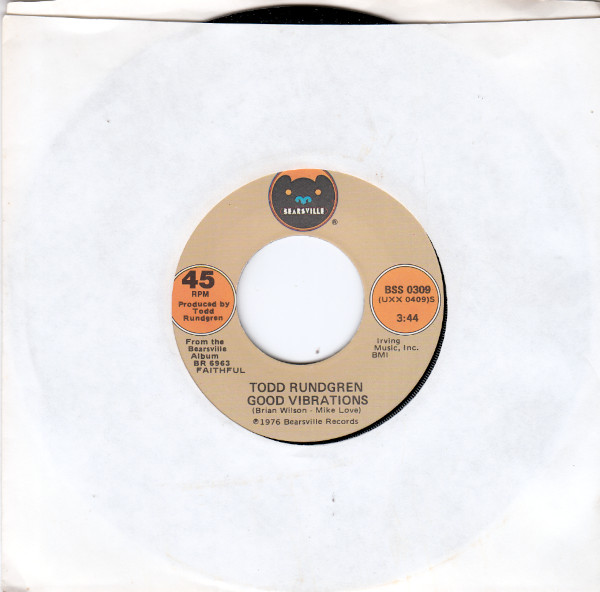 A faithful cover of The Beach Boys classic that showcases Rundgren’s production skill.

The first half of Todd Rundgren’s Faithful was an interesting experiment, with Todd reproducing some of the most sonically adventurous songs from the Sixties, including The Beach Boys’ Good Vibrations. (Rundgren had actually caught the attention of Brian Wilson after the latter heard Something/Anything?) That said, I’ve always the second half of Faithful more, as the first half felt like an advertisement for Rundgren’s production services.

The B sides — When I Pray or Love of Common Man depending on the origin of issue — were always the better songs to me. Half a great album and half a head-scratching production showcase, that Faithful. Despite the fact that “Good Vibrations” charted in the US, I don’t recall hearing it on the radio. Then again, it’s so close to the original that I might not have noticed the difference.