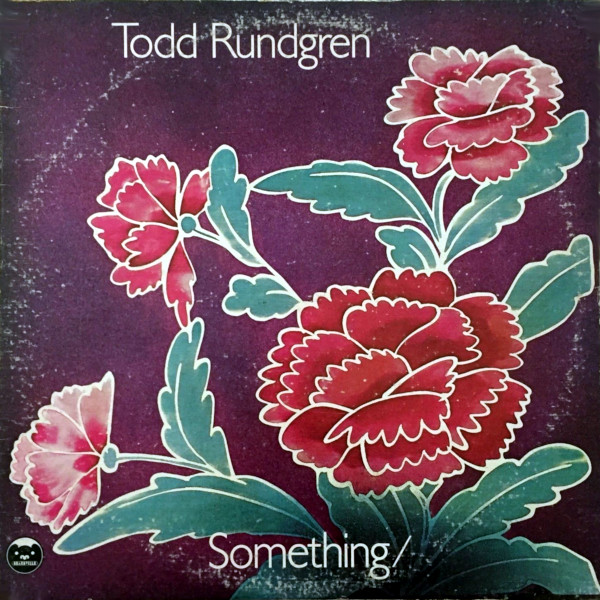 Rundgren proves he can play anything and do everything: rock, pop, ballads and comedy.

Kronomyth 3.0: Everything but the kitchen sink.

One-man band be damned, Todd Rundgren is a one-man radio station. Something/Anything? is a landmark in the annals of DIY (do it yourself) recordings, a nearly perfect songbook of pop music that displays remarkable breadth as a songwriter, musician (Todd plays every instrument for most of the double-album set) and producer. You could argue that he was building up to this on the last two Runt albums, but I’m not buying it. Those albums had a handful of strong tracks between them, while Something/Anything? buries you in brilliant ideas: “Hello It’s Me,” “I Saw The Light,” “Couldn’t I Just Tell You,” “Marlene,” “Torch Song,” “It Wouldn’t Have Made Any Difference,” “You Left Me Sore” and seriously I’m just tired of typing song titles because the list goes on.

Carole King’s Tapestry is the precedent for some of this, but I think we can all agree that Tapestry didn’t rock, and a lot of Something/Anything? does. Frankly, I’m inclined to recall Zappa’s early albums like We’re Only In It For The Money when trying to explain how so much genius could be crammed into one head. Frank Zappa and Todd Rundgren are different artists, yet no so different as you might think. Both are uncompromising artists, perfectionists and geniuses with a genuine affection for doo-wop. While not everything on Something/Anything? is a gem, nothing on here is a trifle, from the souped-up instrumental “Breathless” (foreshadowing the synthesizer work of Healing) to a bad trip set to music, “I Went To The Mirror.”

My favorite song on Something/Anything? is…
…whichever song is playing at the time. That’s the wonderful thing about it. On most albums, you wait for your favorite songs to roll around. On Something/Anything?, I enjoy everything: “The Night The Carousel Went Down,” “It Takes Two To Tango,” “One More Day,” “Piss Aaron”—I’ve championed them all at some point. It’s an uncomfortable truth that Todd never approached this level of concentrated genius again, but I think the answer lies in the word “concentrated.” From this point forward, Todd would spread his talents across three careers: solo, Utopia and producer. Roll them all together, and you’ll see that Todd never stopped doing wonderful things, he just didn’t do them all in one place. While The Beatles’ White Album invented the double-album opus, it took Todd Rundgren to show that a single artist could justify the double exposure. Even after forty years, Something/Anything? stands as one of the greatest achievements that a single artist has achieved in a single work. If you’re looking for something to pack for the desert island, you might not need to pack anything else.