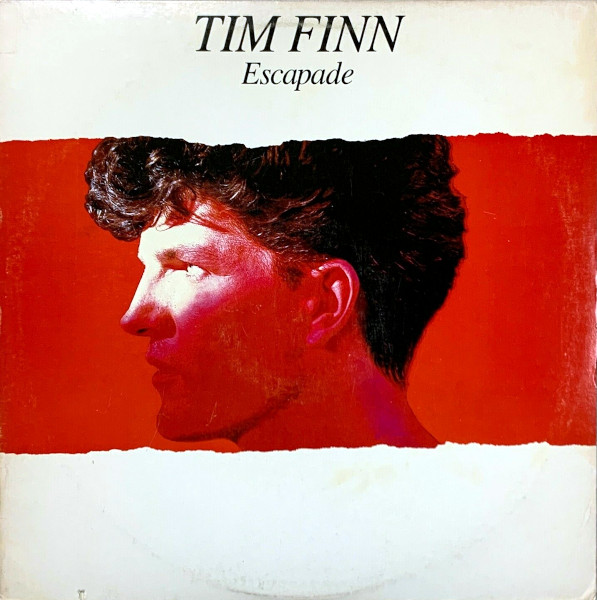 The voice you know and love but with the rough edges you also loved smoothed out.

Kronomyth 1.0: Let me take you on an escapade.

The enz of one chapter and the beginning of another? Perhaps Escapade is better seen as a sequel; like most sequels, less compelling than the original, but worthwhile if you have a lot of skin invested in the story of Split Enz. That band was known for subversive pop, and there’s no denying that Tim Finn on his own is less sinister in intent. A horn section, melodies that sound safe and familiar, his first adventure from the band turns out to be more of a vacation. There are several tracks that Enz fans will take interest in, none moreso than “Not For Nothing.” That track is exactly what you’d expect from the author of so many fine Enz cuts, but most fall short of the bar set by that band.

Having professed an affection for Jon Anderson’s “Don’t Forget (Nostalgia),” I can’t fault “Fraction Too Much Friction” for the same foibles, nor can I knock “Staring At The Embers” or “In A Minor Key.” But much of Escapade is a foray into the adult pop market: “Wait And See,” “Below The Belt,” “Through The Years.” It’s tempting to compare this to Conflicting Emotions (the next Enz album), in which case the conflict of which to purchase is minimal: nothing on Escapade satisfies that sublime Split Enz fix as well as “Message To My Girl” or “The Devil You Know.”

In its defense, I’ve only listened to Escapade twice (as Grandpa Simpson would say, “on two non-consecutive occasions”). Trouser Press got a lump in their throat over “Not For Nothing,” and I might too in time (as the allergy season doesn’t show any signs of abating). I’ve also read where some of these were leftovers from the Enz (“Growing Pains” and “I Only Want To Know” would seem to fit that bill). Just something to chew on in consideration of Escapade. Obviously, I expected more, but I can see where listening to this over and over might win a person over. If you go into this Escapade with the door open for a longer commitment, it could be the start of a fulfilling relationship.

All songs written by Tim Finn.

Australian/New Zealand Version
1. Fraction Too Much Friction
2. Made My Day
3. Not For Nothing
4. In A Minor Key
5. Grand Adventure
6. Staring At The Embers
7. Wait And See
8. I Only Want To Know
9. Growing Pains
10. Through The Years