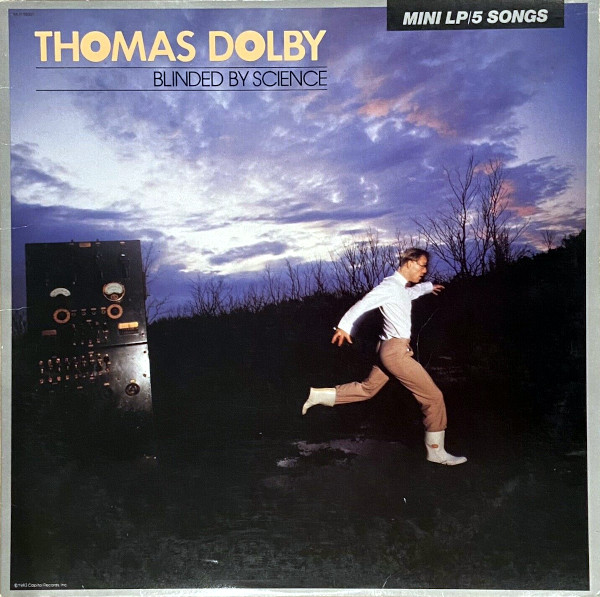 Kronomyth 1.5: Arriving at the future by sea and by air and by science

Remember when Thomas Dolby and mini elpees were the future? I do. And then, Dolby stopped making albums and record companies started making compact discs that could store 90 minutes of music. So much for brilliance and brevity.

The mini elpee (i.e., ep), Blinded By Science, was my introduction to the world of Thomas Dolby. I found it captivating, like Vienna a place where the ghosts of the past and the robots of the future existed in the same time and space. These extended versions were more atmospheric than what appeared on The Golden Age of Wireless. One of Our Submarines, Windpower, Airwaves and Flying North were fussed over and allowed to linger. Combined with what for me is probably the best remix of She Blinded Me with Science, this was the best of Thomas Dolby distilled down to just under 30 minutes.

Of course, I went back and bought The Golden Age of Wireless and, later, The Flat Earth, but neither left me feeling the way that Blinded By Science did. Here, everything was perfect, every sentiment was noble, every sound was carefully chosen. If I tell you this mini elpee is all the Thomas Dolby you need, it’s because I want that he should be frozen in time, like Dorian Gray, incorruptible through the ages.