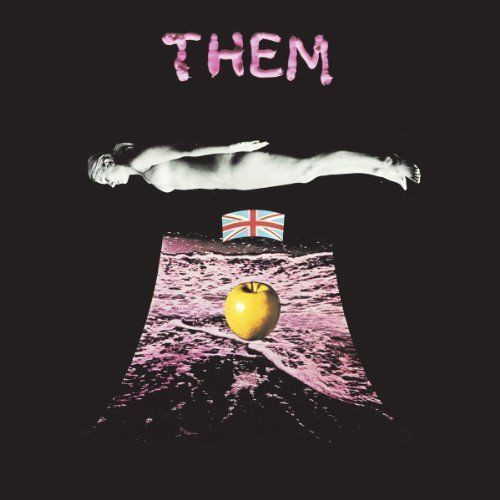 The Strange Sensation of Being Swallowed Whole by Happy Tigers

Ruff passage on the high seas of music. That would describe the journey of Them to date. They had been an R&B phenomenon from Northern Ireland, a psychedelic rock band and, now, an acid rock band featuring only one original member (Alan Henderson) and American studio musicians.

In reality, the release of another Them album was a happy accident. Producer Ray Ruff had just launched a new label with L.A. session player par excellence Jerry Cole, Happy Tiger. One of their first orders of business was to revive the storied, star-crossed Them by tying Cole to the mast as the band’s new singer/guitarist. Cole apparently played the drums too (the album’s liner notes are less than forthcoming) and writes the album’s two lone original songs, “Memphis Lady” and “I Keep Singing.” If you’re looking for the obligatory Gloria rewrite, you’ll find it on their cover of Charlie Rich’s “Lonely Weekends,” which sounds nothing like the original.

Cole and Ruff display a penchant for Elvis-influenced artists (Charlie Rich, Buddy Knox, Chad Garrett), filtering the material through the lurid lens of fuzzed-up guitars and bass. It’s an odd amalgam of old and new, none of it relevant to the history of Them to date. The music isn’t poorly played—in fact, it seems that some of Cole’s high-profile session mates, such as Ry Cooder, Jack Nitzsche and Billy Preston, may have helped in the making of Them—but it is all over the place.

If I don’t find the attempt to capitalize on Them’s brand as off-putting as, say, Velvet Underground’s Squeeze (and I don’t), it’s only because I had less skin in Them. Personally, I would pursue the Belfast Gypsies elpee before tracking down this tiger, as that album at least sounds like the original Them. This album is just another non sequitir in a conversation that most people tuned out after Van Morrison left the room. There are some interesting songs on here, such as their reworking of the Beau Brummels’ “Just A Little” and a faithful cover of the Stones’ “I Am Waiting.” Yet the album feels more like a Jerry Cole vanity project than a proper followup to anything in Them’s catalog. People paid Cole to play guitar, not to sing, and it’s not hard to hear why; as a singer, he’s only slightly more effective than other guitarists (e.g., Dave Davies of The Kinks).

You would think this the final ignominy Them would suffer but, no, Happy Tiger would trot out the band one last time (now minus Cole) to exhume their original hits in acid-rock renditions for one last, ghoulish dance on Them In Reality. (Their bewildering album titles may be the lone consistent feature over their career.)