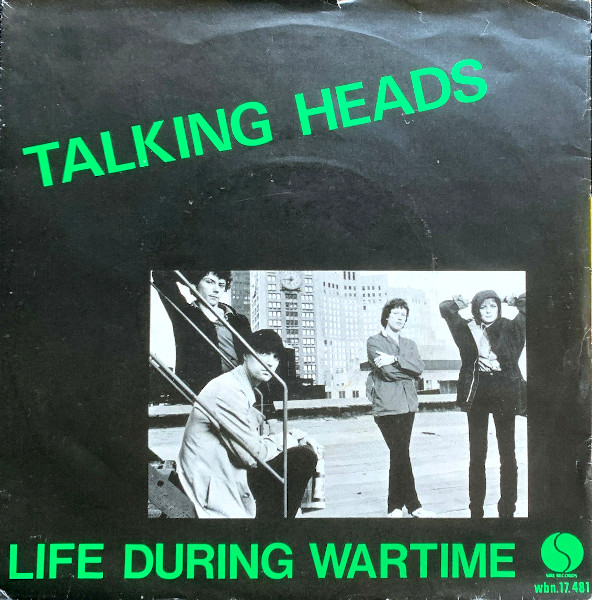 Talking Heads mount a musical revolution on the airwaves.

Kronomyth 3.1: A war of nervousness.

This was the first Talking Heads song I was exposed to, since they used to play this and “Cities” on the radio. At the time, I remember thinking that here was the kind of smart music that people listened to in college. It was revolutionary but also intelligent, which was what I imagined college was like. Of course, that was before I discovered college was mostly about drugs and furtive sex in a squalid dorm room and barfing in a bathroom stall. Apparently, it’s hard to find a word that rhymes with “vomit,” unless you’re writing about Kris Kringle’s kollege years (“You never forget the first time you vomit / on Dancer, on Vixen, on Cupid and Comet”). Anyway, Life During Wartime is a great song.

The B side is Electric Guitar, also identical to the version found on Fear of Music. It’s one of those deliciously weird songs from Talking Heads’ third album, like “Animals” and “Air.” This song always reminds me of Rush’s “2112” because it uses the electric guitar in what seems like a musical allegory for the state’s suppression of freedom of expression. Fear of music, indeed.

*This song was later correctly credited to the whole band.