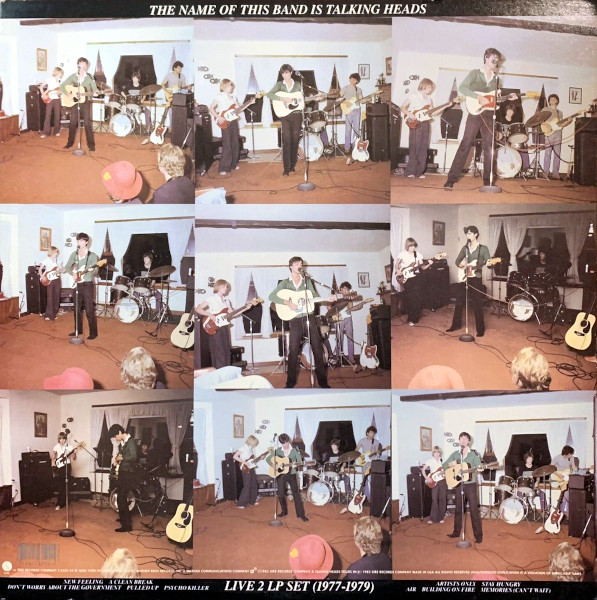 Kronomyth 5.0: A good name is a second inheritance.

While Talking Heads were off doing their own thing, their record label decided to package a career-spanning live double album. The Name of This Band Is Talking Heads is a live history lesson that follows the band from the small clubs of 1977 to the arenas of 1981. Along the way, you hear the band’s music evolve from the twin guitars of New Feeling and A Clean Break to the 10-piece ensemble of Crosseyed and Painless.

The long view of their live performances is an interesting one. I can’t recall another album that took the same five-year-plan approach of blending live concerts together. The recordings are also surprisingly clean, which allows this to function as a kind of greatest hits album as well. The early recordings actually sound better here (e.g., Pulled Up, Artists Only). The 1980/81 concerts are different due to the larger lineup, but you’re not going to hear me complain about extra guitar solos from Adrian Belew.

Like the album cover to More Songs About Buildings and Food, The Name of This Band Is Talking Heads is a composite of snapshots. Not a single shot is unflattering; from every angle, Talking Heads impress. In 2004, the album was remastered and an additional 16 tracks were added to complete the picture of the original shows. You might think that 33 live tracks from Talking Heads is too much, but you’d be mistaken. In fact, it may be the single best way to experience the band, especially if you grew disillusioned with the second chapter of their career.