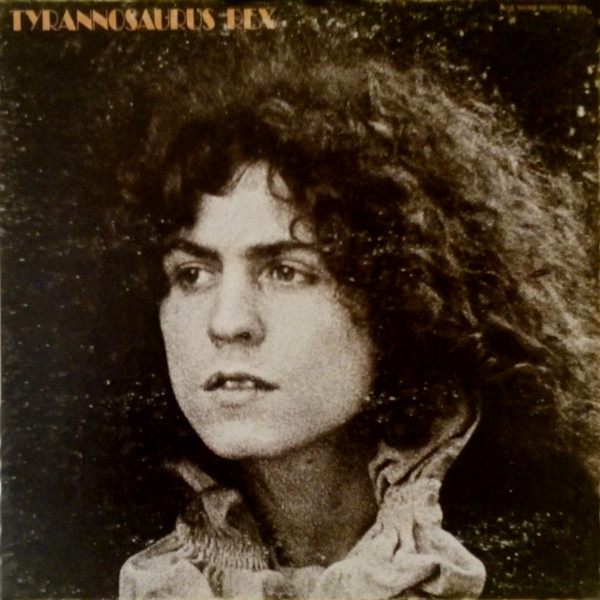 A slightly more electric affair, otherwise notable for the addition of Mickey Finn in place of Steve Peregrin Took.

Kronomyth 4.0: Ride it on out like a beard in the skyway.

This is a transitional record between the acoustic Tyrannosaurus Rex and the electric T. Rex. As such, it could be considered the first “classic” T. Rex album, although I would tell you that Unicorn is the true beginning of the goodness. Beyond the introduction of electric instruments (electric guitar, bass, organ), the album is notable as the first to feature Mickey Finn in place of Steve Peregrin Took.

“Marc was not a classic electric guitarist; he didn’t come up through the Eric Clapton or Jimmy Page schools. It was more as if the Hobbit had learned to play electric guitar.” – Tony Visconti, as quoted in an article on Bolan World.

Now, both Finn and Took were visual foils more than musical collaborators, so the difference in sound is slight. Finn is relegated to a corner of the music most of the time, playing occasional bass guitar and banging on a variety of exotic Eastern drums. He sings a little too (e.g., “Wind Cheetah”). Bolan is, of course, the central star. Multitracking himself on guitar, bass and organ (an instrument he thankfully lost interest in), Marc is a virtual one-man band as he cuts off such slices of sublime strangeness as “A Day Laye,” “Woodland Bop,” “By the Light of a Magical Moon” and “Dragon’s Ear.”

While much of this music points forward to the abbreviated T. Rex, it also points forward (or parallel) to David Bowie, who shared a producer with Bolan. “Fist Heart, Mighty Dawn Dart” and “Wind Cheetah” (foreshadowing Diamond Dogs’ “Future Legend”) are examples of where the two artists intersect. Bolan would hit his stride on The Slider and Electric Warrior, but he was clearly building up to bigger things on A Beard of Stars. His lyrics had always made use of amplified imagery; now he was using amplified instruments to bring that imagery to life. The only knock on this record is that Bolan isn’t a particularly good guitarist or bass player or organ player, and Finn hardly fits that description either. For vision, A Beard of Stars earns an A-plus. For execution, probably a B-minus. Not that I have any intention of actually grading music, as school is a sort of prison for children, and A Beard of Stars is its antithesis: a playground of the imagination.