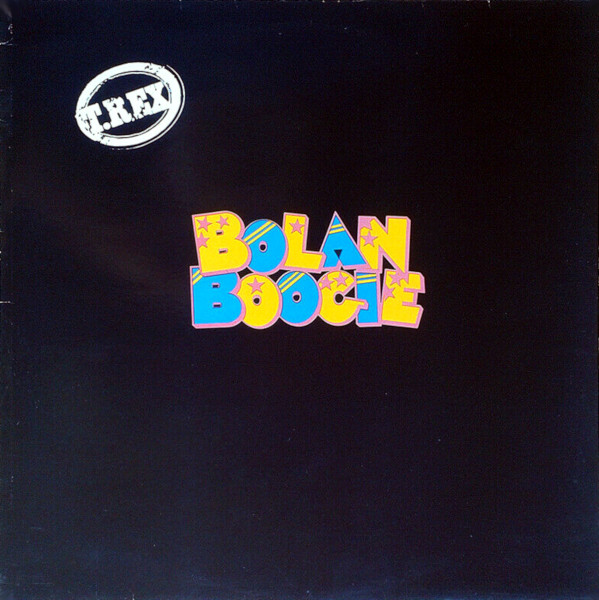 A greatest hits package released at the height of T-rextasy, this topped the UK charts.

Released in between the twin spires of Electric Warrior and The Slider, Bolan Boogie presents the transformation of Marc Bolan from acoustic hipster to electric rocker with carefully chosen cuts from his last few albums and singles. The album was released in the UK and its “territories” only, so US audiences never got the history lesson, but the record sold enough copies in the UK to justify the exercise. In fact, this would be the last T. Rex album to top the charts.

The albums represented here include Unicorn (“She Was Born To Be My Unicorn”) and two tracks each from Beard of Stars, T. Rex and Electric Warrior. They’re smart choices: “Jeepster” and “Get It On” (natch), “By the Light of a Magical Moon,” “Jewel.” Bolan Boogie also does fans the kindness of including songs from two of T. Rex’s recent single, “Hot Love” and “Ride a White Swan.” Of the B sides, you could probably live without hearing “The King of the Mountain Cometh” and Bolan’s straight acoustic reading of “Summertime Blues,” but the multi-part experiment “Raw Ramp” is pure joy in the middle and “Woodland Rock” lives up to its name (even as it pilfers from the pockets of Chuck Berry).

Among Bolan’s greatest hits records, I might point you toward Great Hits for the inclusion of essential tracks from The Slider, but since you’ll probably buy Electric Warrior and The Slider anyway after hearing that, Bolan Boogie makes for the better companion disc. Ride A White Swan digs deeper in the past and, along with this record, should bring you up to speed on the most interesting chapters of the Tyrannosaurus Rex story from pixie poet to electric warrior.

A1. Get It On
A2. Beltane Walk
A3. The King of the Mountain Cometh
A4. Jewel
A5. She Was Born to Be My Unicorn
A6. Dove
A7. Woodland Rock
A8. Ride A White Swan
B1. Raw Ramp
B2. Jeepster
B3. First Heart Mighty Dawn Dart
B4. By the Light of a Magical Moon
B5. Summertime Blues
B6. Hot Love

All titles composed by Marc Bolan.