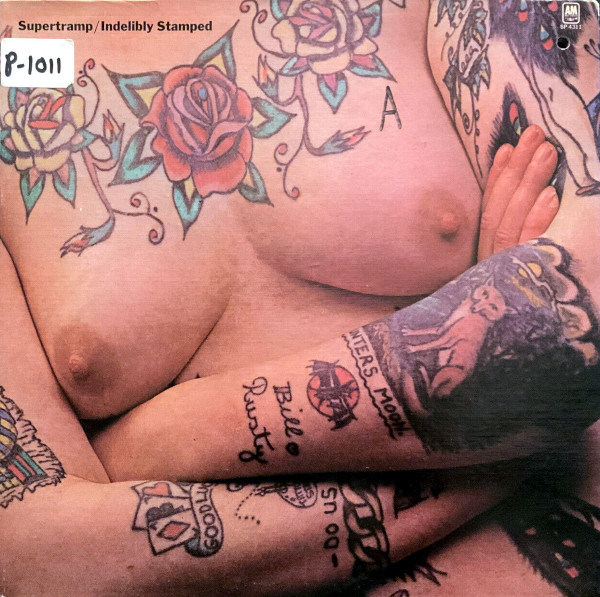 The band’s greatest hits, but not a particularly good album.

Rick Davies and Roger Hodgson more or less pressed the reset button on Indelibly Stamped. The band was re-tooled to include Dave Winthrop (flute/sax), Frank Farrell (bass/keyboards) and Kevin Currie (drums) and the progressive affectations of Supertramp were replaced with English rock/pop that drew from a mix of influences while still managing to sound original. Unfortunately, what the album lacks is a compelling raison d’être. Maybe that’s what happens when you’re bankrolled by a rich Dutch patron.

For years, I’ve viewed this album as a disappointment. And, in view of what came before and after, it is. But there are some interesting songs that fans will want to salvage: Forever, Rosie Had Everything Planned, Times Have Changed. Stylistically, Indelibly Stamped is all over the place. The Beatles, Procol Harum, Traffic (Aries) and even Frank Zappa (Potter) are equally valid reference points along the way. English pop/rock in 1970/1 was still finding its way in a world without The Beatles, and Indelibly Stamped sometimes feels like that search set to music.

Over their career, it’s easy to see Supertramp‘s second album as a wrong turn or a case of turning the wheel too sharply in a different direction after drifting into deep progressive waters. Yet it’s rarely less than interesting and you have to at least partially admire the band’s ambitions. While you won’t find a pair of lost hits on here (unless you’re looking at the album cover), Indelibly Stamped isn’t the inedible stump that some have made it out to be.

“There was confused testosterone going off in all directions. There is no theme or continuity to the album or its artwork, but there is some interesting stuff on it.” — Roger Hodgson, talking about Indelibly Stamped in a Goldmine interview (March 17, 2006).

All songs written by Rick Davies/Roger Hodgson unless noted.