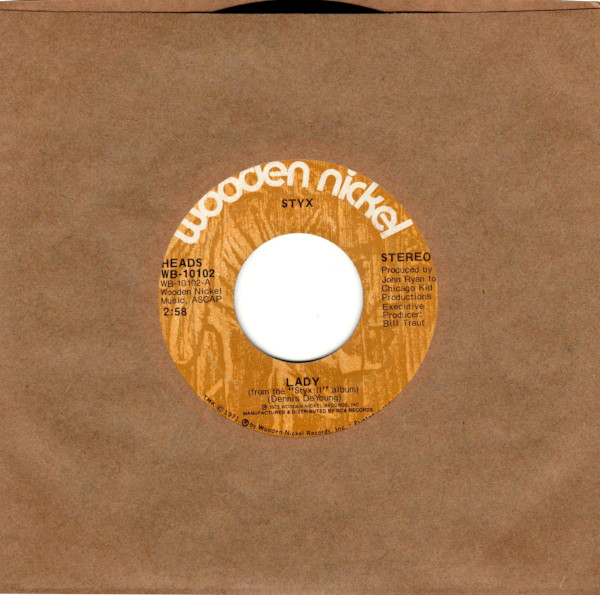 The song that proves behind every successful band is their old “Lady.”

Dennis DeYoung’s Lady is the standout beauty of the early Styx catalog: three minutes of perfectly captivating prog that strike a graceful balance of light and dark. It should have been the band’s breakout single, and it was, eventually. For reasons known only to record promoters, “Father O.S.A.” and, later, “Winner Takes All” were selected as the early singles from Styx II, all but ensuring that the band would toil in anonymity (at least on a national level) for another year.

In September of 1973, Wooden Nickel finally got around to issuing “Lady” as a standalone single. And nothing happened. The single that should have broken them nationwide didn’t do a single thing for them. The Serpent Is Rising crawled back under its rock as Styx continued to play the Midwest college circuit. The band’s fourth, Man of Miracles, promised more of the same despite better promotion). Then “Lady” re-entered the room. No longer able to deny her charms, radio stations played the song and listeners quickly launched it up the charts. Miracle of miracles, Styx had finally arrived.

The B side the second time around was James Young’s Children of the Land, now excised from the first album’s sticky, messy opus, “Movement of the Common Man.” As I’ve pointed out before, American prog bands seemed to struggle with identity issues: were they hard rock bands prone to progressive flights of fancy or prog bands that needed to howl at the moon every now and then? This single, a sort of back-to-back hits that should have been, shows both sides to good effect. Time would find  the balance of power shift to prog and symphonic pop, proving the prescience of this mystical “Lady.”

Released as promotional 7-inch single in September 1973 in the US (Wooden Nickel, 73-0116) feat. A stereo and mono versions.