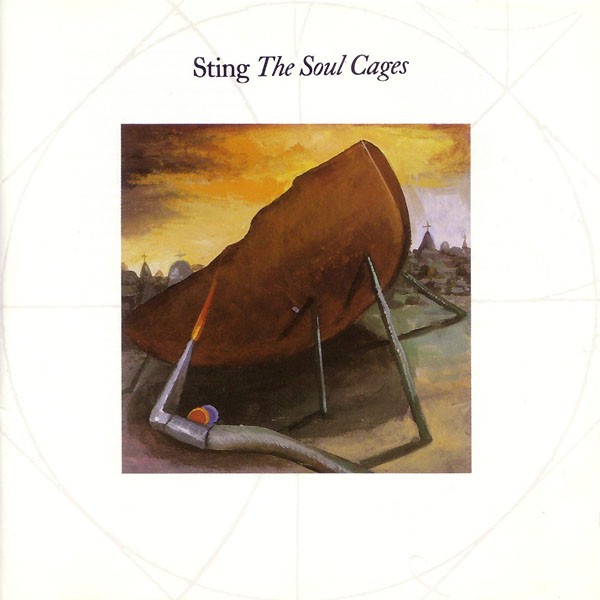 A concept album that ruminates on life, death and the sea by the numeruminator uno, Sting.

A sailor’s tale of Shakespearean scale, with Sting in the role of a boy searching for his father. To borrow from the bard himself, it’s golden poop and purple sails for fifty minutes, highlighted by the hit single, All This Time. The Soul Cages is Sting’s first concept album, although Mad About You and Jeremiah Blues would seem out of place. Like his earlier albums, the music is immaculately conceived, atmospheric, intellectual yet romantic, drier than old parchment sometimes.

Make no mistake: every page of parchment is gilded by genius. In fact, the opening two tracks make plain that this is to be no ordinary album of self-inflated jazz. You’re immersed, invested, even imprisoned after Island of Souls, and it’s not until The Soul Cages that Sting slips you the key.

His most poetic work, The Soul Cages is also his most personal. It comes after a difficult period during which Sting’s father passed away and a panned performance in The Threepenny Opera was punctuated by the death of the director (John Dexter) and co-star (Ethyl Eichelberger). If a palpable gloom permeates The Soul Cages, there was always a rolling mist in Sting’s solo music, but the adventurer within remains undaunted, determined to find an answer.

That the answer only leads to another question (“Perhaps the dream is dreaming us”) is the eternal enigma of man, which is to say that we’re all in the same boat. It’s the philosophical nature of this music, as well as the gilded artistry behind it, that make this his most intereSting journey to date. From bones, roses; from loss, personal enrichment; from The Soul Cages, filial freedom.

All songs written and arranged by Sting.