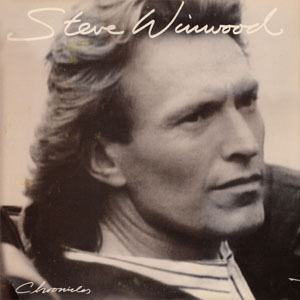 This is a last hurrah from Island in the wake of Steve Winwood’s free agent signing to Virgin Records. In the beginning of 1987, Steve Winwood was crowned the king of pop after a sort, having earned a Grammy for Record of the Year (“Higher Love”). Virgin Records (in the role of the New York Yankees) lured Winwood from his Island with lucre and quickly released Roll With It, apparently not realizing that it normally takes the man three years to make a new record. Likely, Island still had one bullet left in its original contract with Winwood and out came Chronicles. Rather than a greatest hits record, which it is not, Chronicles is part commemorative platter and part retrospective/milestone at the junction between Island and Virgin. It includes tracks from each of his albums, including the aforementioned “Higher Love” and a pair of lesser-known selections from Back In The High Life, several tracks from Arc of A Diver, “Vacant Chair” from his eponymous first album and three tracks from Talking Back To The Night in remixed form. As for the remixes, Tom Lord Alge did little more than punch up the beats, which has the effect of making the songs feel not quite so listless as before. Apparently, the trick worked for “Valerie,” and the song became a Top 10 US hit in its second life, although any Steve Winwood single released at that juncture was likely to do as well. You would expect this collection to be superseded by a proper greatest hits album after a fitting period of time had passed, but to date I haven’t heard a single-disc selection of Steve Winwood’s solo material that does a better job than Chronicles. Archivists invariably end up wrapping Traffic, Spencer Davis Group and even Blind Faith into the enchilada, as though Winwood’s solo fare were too bland to stand on its own. Until someone should decide to reconcile the Island, Virgin and later efforts, Chronicles remains your best bet for a quick fix of classic ‘80s Winwood.

Songs written by Steve Winwood and Will Jennings unless noted.