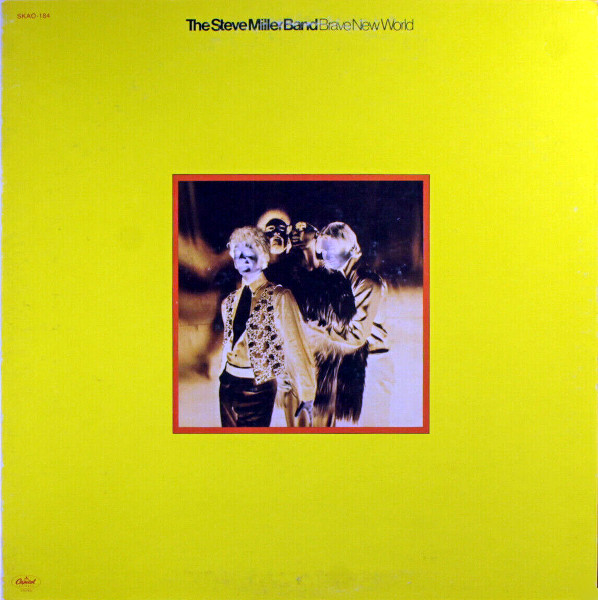 Unfortunately, Boz Scaggs left just as things got interesting, including an unexpected visit from Paul McCartney.

The first two Steve Miller Band albums were good but never quite reached their ambitions, in my opinion. Opening with an explosion, Brave New World portends to be just as ambitious, but soon settles into a groove of uniformly excellent blues rock songs with minimal psychedelic overtones. Ben Sidran steps out of the past to lend a helping hand on many of the tracks, and Paul McCartney’s presence on two songs (credited here as Paul Ramon) is the kind of cherry on top that most musicians dream of. Despite clocking in at just under thirty minutes, you’ll enjoy this enough to play it twice, making it Steve Miller’s finest hour so far.

While there isn’t a bad track on here, three songs stand out: Kow Kow, Space Cowboy and My Dark Hour. The first is kind of a carryover from Glyn Johns’ failed production of Rolling Stones’ Let It Bleed, amounting to a clever rewrite of “You Can’t Always Get What You Want.” The second borrows the bark from The Beatles’ “Hey Bulldog” for the continuing adventures of Steve Miller’s alter egos. The third previews the riff from “Fly Like an Eagle” in a jam session with McCartney that makes you wish Miller had joined Wings.

The remaining tracks are still a cut above Children of the Future and Sailor, including one song apiece from Tim Davis (the psyched-out fuzzfest of Can’t You Hear Your Daddy’s Heartbeat) and Lonnie Turner (LT’s Midnight Dream, which reminds me of Led Zeppelin’s acoustic bits). Add to that the mellow Seasons, the playful posturing of Got Love ‘Cause You Need It and Celebration Song, and you’ve got the best of Steve Miller Band to date on one convenient disc.

For some strange reason, I’ve never seen a Mobile Fidelity master of this record. I would’ve loved to hear the sonic detail of these sessions captured in more detail. Johns does a great job of getting the most from Tim Davis’ performance (he sounds amazing on this album), but I feel like the material warrants the full sonic separation afforded by the future. While public opinion varies as to which of the first three SMB albums are superior, most can agree that they’re all worth owning.