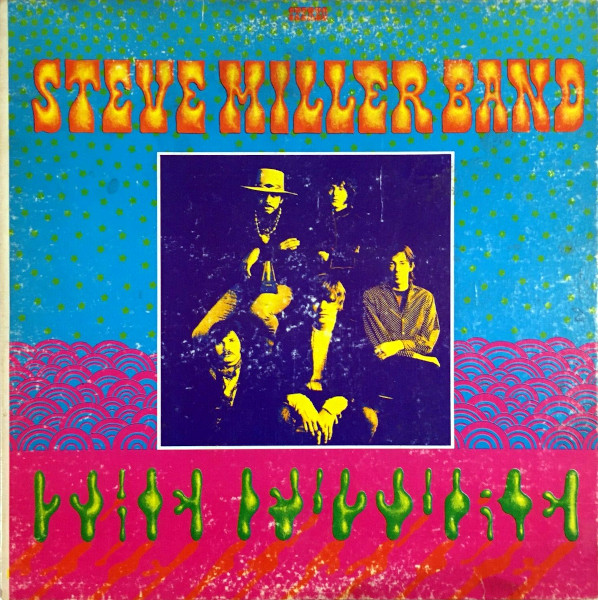 Kronomyth 1.0: Cruisin’ with Reuben and the jet airliners

Big things were expected of Steve Miller Band when they signed a lucrative five-album contract with Capitol Records in 1967. The band’s first album, recorded in London, had big designs including a psychedelic suite that stretched along all of side one. What it didn’t have was a big hit, and so the album made only minor waves in the rock community (their next album, Sailor, did better).

Children of the Future is really the product of two major talents—Steve Miller and Boz Scaggs—with the pair more or less diving the album into halves. The first half, written by Miller with some help from Jim Peterman—is a psychedelic carousel that features some short, psychedelic doowop send-ups reminiscent of The Mothers. The music also includes some sophisticated harmonies that suggest Brian Wilson on acid (i.e., Brian Wilson) and an early progressive rock number, In My First Mind, that prefigures the mellotron magic of King Crimson. If you weren’t expecting to encounter references like Frank Zappa and King Crimson in a Steve Miller Band album review, neither was I.

The second side starts off with a pair of blues-rock originals from Boz Scaggs (including Steppin’ Stone, which would have earned my nod for the single), another psychedelic blues-rock song from Stevie (Roll With It) and a few blues covers at the end. Of the closing trio, Junior Saw It Happen is the most happening. Miller playing the mouth harp on Key to the Highway is pretty cool; Ben Sidran playing the harpsichord on Baby’s Callin’ Me Home is just weird.

The Steve Miller Band definitely had a bright future in front of them, and it didn’t take long for that future to arrive. I tend to view the first two albums as psychedelic anomalies (although there were still psychedelic overtones on Brave New World), a case of Miller playing to the tastes of the times while indulging a genuine interest in the blues. He’d trade the psychedelic blues for blue jeans soon enough and Boz Scaggs would find his own fortune as a solo artist, proving that even the greatest of men have to start somewhere.