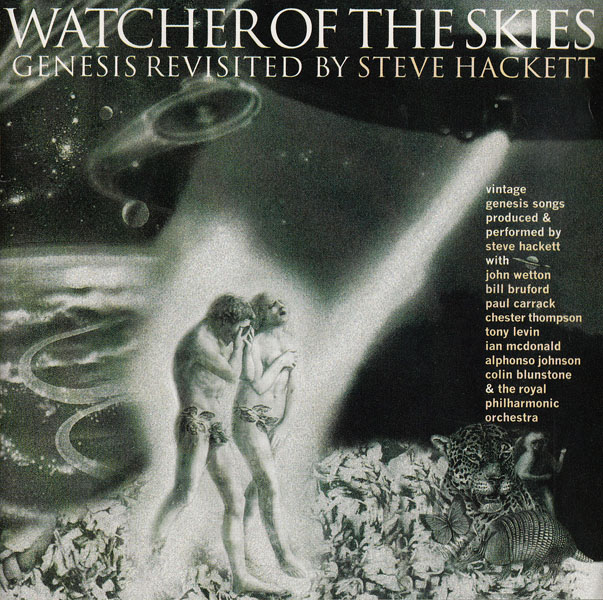 Old Genesis nuggets given a modern polish from Mr. Hackett and an impressive group of guests.

They say you can’t go home, and maybe they’re right, so Steve Hackett instead invites some friends along to have a party in the house that Genesis built. I’m not going to tell you that hearing Paul Carrack sing “Your Own Special Way” or Colin Blunstone sing “For Absent Friends” will displace the cherished memories of the originals. I will tell you that hearing Hackett re-animate the old catalog with esteemed guests like Chester Thompson, Bill Bruford and John Wetton results in something a sight prettier than a zombie tribute album.

At this stage, fans of classic Genesis will already be well acquainted with the work of Mr. H, and I would suggest they make the acquaintance of Watcher as well. A “lost” Genesis melody restored (“Déjà vu”) may be enough enticement for some, a new instrumental (“Valley of the Kings”) will pique the interest of Steve’s original fanbase, and the rest are encouraged to join for a gambol in the old garden that manages to trample only one hearty weed (“The Waiting Room”) left no worse for the encounter.

Had Hackett simply wanted to cash in on the Genesis legacy, he could have released a live album (A Special Evening of…) or handed the hard work off to an orchestra (Genesis Re-eviscerated). Instead, this really is a revisiting: a chance for Hackett to step back in time, slip into his 70s wardrobe once more, and find (to our shared delight) that everything still fits like we remember.

Cover artwork by Kim Poor. Design by Lippa Pearce (with special thanks to Harry Pearce). Additional photography by Paul Clark.