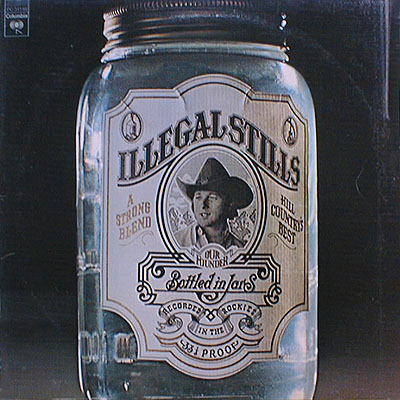 Stills’ second album for Columbia follows the format of the first, featuring material collected over the last few years. At the time of its release, Stills was at work on the album that would become Long May You Run, and a quick glance at the songwriting credits suggests that Stills wasn’t fully engaged in his own solo career. Donnie Dacus appears happy to pick up the slack, taking lead vocals on a couple tracks and even cowriting one of them with Stills’ soon-to-be-ex wife, Véronique Sanson. While nothing on Illegal Stills could be considered classic Stills, it’s a competent studio rock album from the mid 70s, suggesting Elton John’s Rock of the Westies on a more modest scale. (In fact, Kenny Passarelli, who again cowrote the closing track, was currently a member of Elton’s band.)

The album’s hit single, “Buyin’ Time,” is typical of the American malaise of the mid Seventies, as history (the bicentennial celebration) and reality (the shadow of the Vietnam War, gas shortages, economic recession) collided. Other highlights include the biting “Soldier” and a decent cover of Neil Young’s “The Loner.” Given the diminishing quality of the product, Columbia had to be wondering if they didn’t trade for a lame horse. The collaboration with Stills and the CSN reunion showed that Stills still had some ethanol in his tank, so maybe it was just a case of Stills not taking his Columbia contract seriously. Both the label and fans weren’t paying for half of a Donnie Dacus album, but that’s what they got with Illegal Stills. Again, it’s not a disaster, but Stills was fast becoming an anachronism in a world where punk had been let out of Pandora’s box.