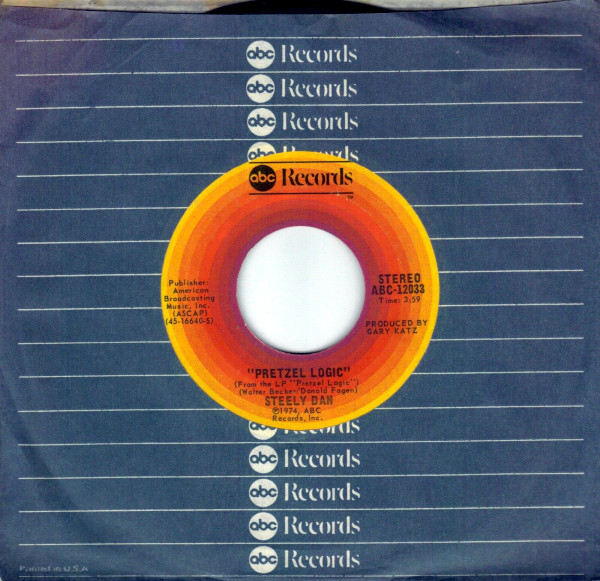 Steely Dan speculates on time travel, or something like that, on their second single from Pretzel Logic.

Kronomyth 3.2: Through the past, darky.

The title track from Pretzel Logic is purportedly about time travel. Oh yeah. You see, the platform is really a time travel platform, and when Fagen sings “I have never met Napoleon / But I plan to find the time,” he’s talking about finding the time span when Napoleon was alive. I don’t know why anyone expected a straight answer from Fagen about a song called Pretzel Logic. The single version presented here is about thirty seconds shorter than the original, although I can’t remember whatever happened to the time.

“Pretzel Logic” has never been one of my favorite Steely Dan songs. It moves too slow for me. Through With Buzz, by contrast, moves too fast. Jimmie Haskell’s orchestration puts on a bedazzling display of sound for ninety seconds. ELO look like rank amateurs compared to what Haskell and Steely Dan pull off here. The song also features the tantalizing tidbits of innuendo that made Steely Dan songs so much fun to speculate upon. Who exactly is through with Buzz and what’s the nature of their relationship? No answer is given, while the whirlwind strings spin out of control.