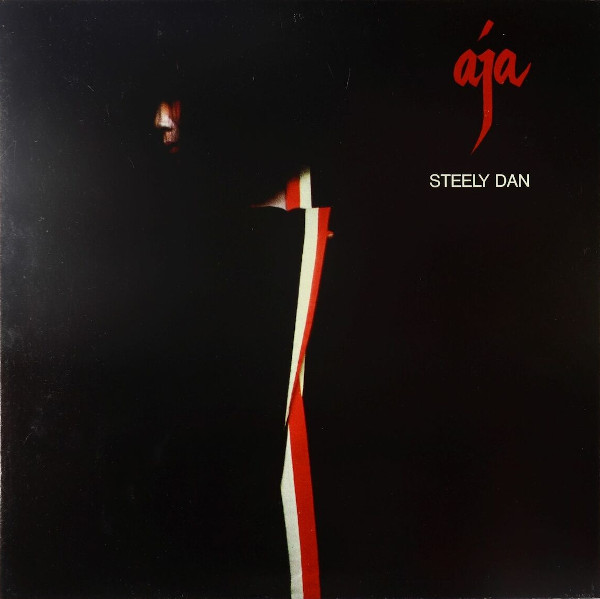 The greatest studio rock album ever made, up to 1977 anyway.

Walter Becker and Donald Fagen, notorious perfectionists, finally created the perfect album with Aja. More than forty years later, it remains one of the most sonically gorgeous and painstakingly crafted albums ever made. Stylistically, it’s a sophisticated step forward from their last album, The Royal Scam. You could hear “The Royal Scam” and “The Fez” as the launching point for some of this. And yet you’d never heard an album like Aja before.

In many ways, Aja is the culmination of every attempt the band has made to wrap elements of funk and jazz into rock music. In another way, it was like looking up at the Sistine Chapel, your mind reeling at the genius and zealousness behind such an effort. You had the impression, listening to Aja, that your IQ had been raised a few points, even though you knew you were listening to pop music whenever Peg or Josie strolled along.

The opening track, Black Cow, was originally the B side to “Josie,” but radio deejays liked it so much that it turned up pretty often on the radio. It features the female backing vocals and prominent keyboard/horn solos that mark Aja as different from its predecessors. And then there’s the sound itself. Only Steely Dan could match pristine arrangements with messy situations—in this case, a song about a troubled woman written from the perspective of the friend who’s had enough. The title track, Aja, clocks in at over eight minutes, making it the longest Steely Dan song to date. Based on a crush that Fagen had, it’s similar to “Dr. Wu” in its languid beauty; maybe there’s an Asian connection there. Steve Gadd and Wayne Shorter give the song enough jazz gravity to send it spinning out of rock’s terrestrial orbit. Deacon Blues is the sort of song that never really leaves your head. Said to be autobiographical, it’s the epitaph of every underdog, the last song and testament of the socially vanquished. The saxophone solo from Pete Christlieb rips my heart out every time.

“They worked on the words ‘well the’ for six hours last night. It’s on Home at Last, for the line, ‘Well the danger on the rocks is surely past.’ All they did was work those two words for just the right sound for hours.” – Second engineer Lenise Bent, as related by Dick LaPalm.

Side two starts with a giddy smile of a song, “Peg.” It’s about an aspiring actress and, whatever dark designs Fagen had for his subject, the bubbly music and funky horn chart is irrepressibly upbeat. Home at Last is apparently based on, I kid you not, Homer’s The Odyssey. Musically, it’s similar to “The Royal Scam” – one of those big, intractable numbers that seems to roll over you in a slow avalanche of sounds. I Got the News is jazzy, lithe and light on its feet. There are some sexual references and I’ve read where the song is about a love triangle; as I’ve pointed out before, Fagen has a way of admitting you into his circle with a wink even when you have no idea what he’s talking about. Josie, the third song titled simply with a woman’s name, feels like “Fame” crossed with a Siamese cat. It’s far more sophisticated than that and, improbably, sexier too.

Since Can’t Buy A Thrill, every Steely Dan album had been progressively better than the last. But Gaucho seemed like a ghost in comparison to its predecessor and the solo music of Donald Fagen, while similar to Steely Dan, was never as exotic. Steely Dan had achieved everything it set out to do on Aja. This is the Everest of 70’s studio rock. Take a deep breath and enjoy the view.

All songs composed by Walter Becker and Donald Fagen. (Rhythm charts prepared by Larry Carlton, Dean Parks and Michael Omartian in collaboration with the composers.)