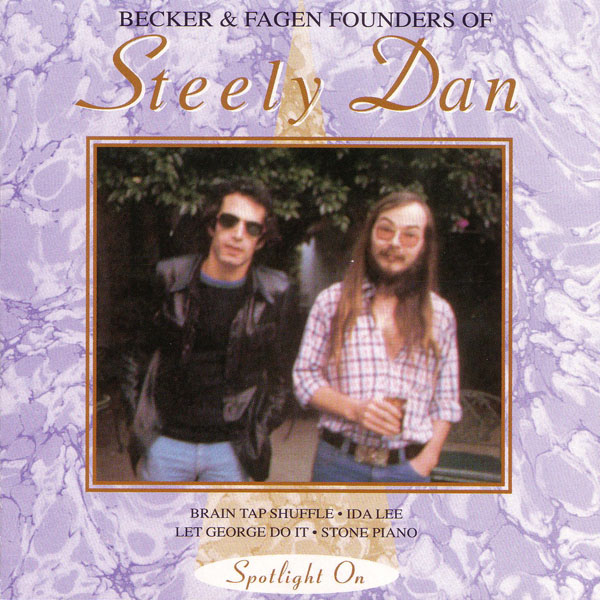 A collection of the pair’s earliest fruits. Less than thrilling but rockeologists will dig it.

Kronomyth 12.3: There’s not enough night and too much day.

I’ve got those steely dan shakes bad, jonesing for that acerbic aftertaste in my brain, so I break down and buy poorly filtered street product that got kicked to the curb by the original chemists. This one comes courtesy from some seedy dealer named Javelin; they slip back into the shadows and I never see them again. The quality is poor, the high cut short, the scent of a mangy street cur or wet cardboard bedding permeates the air around me as I slip it out of the case. Then and only then do the sweetly remembered shapes return: beautiful losers, ragged prophets in wrinkled suits, used paperback-educated agitators thumbing through their new lexicon with the lassitude of bored intellectuals.

Most of these are failed dreams that occurred before the big Thrill: Fagen’s piano and Becker’s guitar partially proficient in the painting style that would soon coalesce into the Steely Dan Sound. Some of it already coalesces into greatness, like the near-perfect readings of “Parker’s Band” and “Any World.” Other songs are here in embryonic form: “Barrytown” and a version of “Brooklyn” that leaves their debt to Dylan out on the table for all to see. The real fix for me, however, happens with the stuff that time might have swallowed whole. Experiencing the Flo & Eddie feel of “Let George Do It” and tracks that could have been polished into that special Steely filler (“Stone Piano,” “Come Back Baby”) is to cheat Death by rifling through its pockets during a moment of rare distraction.

If you’re down with the Dan, you’ll stoop this low sooner or later, and it’ll pick you up in its own strange way. There are more than a half-dozen early boots to slip into, all of them scuffed and used, and you don’t need to try them all, but you really do need to go down this deep at least once if you truly dig Dan.